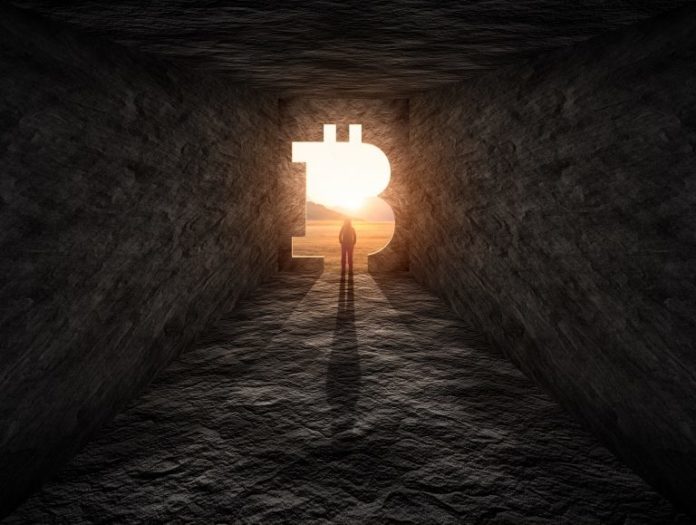 You wouldn’t expect a traditional financial institution to come up with a very optimistic forecast about the future of a cryptocurrency or an honest appraisal of its design. But Bayern LB, a lender based in the rich German province of Bavaria, has surprised the crypto community. In a recently published research paper, the bank asks a rather rhetorical question: “Is Bitcoin outshining gold?” and predicts a tenfold increase in BTC’s price by the spring, when the next bitcoin block reward halving takes place.

Measuring the ‘Hardness’ of a Crypto Asset

Comparing the first cryptocurrency with the oldest precious metal, the report titled “Megatrend Digitalisation” focuses on the commodity-market analysis, and in particular the stock-to-flow approach which serves to measure the “hardness” of an asset. “Applied to Bitcoin, an unusually strong correlation emerges between the market value of this cryptocurrency and the ratio between existing stockpiles of Bitcoin (stock) and new supply (flow),” the authors note. On the backdrop of even looser monetary policies by central banks and ever lower, subzero interest rates, the attractiveness of gold, the traditional store of value, is growing again, as is its price. Its appeal, the Munich-headquartered bank points out, stems from the fact that the supply side cannot be increased indiscriminately. And at the same time, the limited annual production of new gold, the flow, only adds incrementally to an already very substantial stockpile, the stock.

The article emphasizes that gold has a high stock-to-flow ratio and a price increase won’t lead to significantly higher production that would be a threat to its price. What sets bitcoin apart is that whereas gold needed millennia to achieve its high ratio, the digital design of the crypto, as “an ultra-hard type of money,” has allowed its supply to be engineered in a way that causes its stock-to-flow ratio to rise much faster. It is likely to reach values comparable to those of the gold’s ratio as early as next year.

In order to demonstrate that the market value of bitcoin can be explained by a stock-to-flow model, the researchers have collated the number of created bitcoins (BTC) and the available historical price data from cryptocurrency exchanges. Then they have established that bitcoin core’s market value increases in a linear fashion as the stock-to-flow ratio rises.

“The harder Bitcoin is, the greater the value,” Bayern LB’s experts conclude. Just like gold, but unlike other precious metals with alternative utility value such as palladium, demand for bitcoin is due to its monetary qualities as a store of value and means of exchange, and not because it’s subject to other uses, industrial for example.

The paper stresses that Bitcoin’s stock-to-flow ratio is set to increase significantly after the upcoming BTC block reward halving in May 2020, from approximately 26 now, to 53. The indicator will almost catch up with that of gold, which is currently around 58 but is expected to change insignificantly by next spring.

“If the May 2020 stock-to-flow ratio for Bitcoin is factored into the model, a vertiginous price of around USD 90,000 emerges,” the Bayerische Landesbank’s analysts predict. “This would imply that the forthcoming halving effect has hardly been priced into the current Bitcoin price of approximately USD 8,000,” the German bankers remark.

If you want to enter the crypto space before bitcoin’s halving occurs, you can safely and securely purchase bitcoin cash (BCH) and bitcoin core (BTC) at buy.Bitcoin.com. You can also freely trade your digital assets on our noncustodial, peer-to-peer marketplace, local.Bitcoin.com, or try our recently launched premier trading platform, exchange.Bitcoin.com.

What are your expectations about the price of major cryptocurrencies in 2020? Tell us in the comments section below.

The post German Bank Predicts BTC at $90,000 After Next Halving appeared first on Bitcoin News.