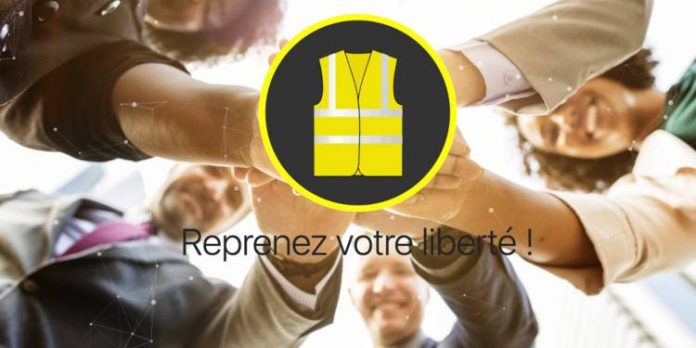 The GiletYauneCoin, a cryptocurrency claiming the movement of yellow vests, made its appearance. A very limited initiative.

Alternative to the financial system, malicious or simple opportunism? A mysterious website announcing the creation of a GiletJauneCoin, a cryptocurrency that would support the eponymous movement, has appeared in recent days. It reads that it was created “to support the international movement of yellow vests in the legitimate struggle of peoples to self-determination, and the reconquest of their economic, territorial, and monetary sovereignty.” The creators of this “Bitcoin-inspired” digital token encourage their followers to become members of the network by leveraging the computing power of their computer (by becoming “miners” of GiletJauneCoin).

What should we think ? According to our findings, the project is not a scam as such. The protocol does exist and units are currently exchanged between users, as can be seen on the explorer of its blockchain. The GiletYellowCoin is a duplication of the Ethereum Classic protocol. What value does it have? Absolutely none because there is no conversion possible with another cryptocurrency or traditional currencies. There is no trading platform to buy, the project is only at the experimental stage. A message on the site nevertheless suggests that it will soon be listed on specialized stock exchanges, without further details.
25,000 to 40,000 euros mobilized

The hash rate, which measures the power of the network, displays 3.13 Gh per second. This represents the power of 15 modern mining rigs. A rig is a mining platform equipped with computer processors. According to Owen Simonin, head of the mining company Just Mining, the infrastructure mobilized for GiletJauneCoin is evaluated “between 25,000 and 40,000 euros.”

Who is behind this initiative? The website was registered on December 3rd and states that it was made in France. No personality puts itself forward. A post announcing the creation GiletJauneCoin was released December 12 on BitcoinTalk:

In late November 2018 was born in France “Les gilets jaunes”, (aka yellow jackets, or yellow vests), a protest movement based on high taxations on energies, which now leads to international contestation, claiming freedom against banksters and corruption. As you know, lots of people have already sacrificied themselves during those long weeks. We hope this effort will contribute to help all of us.

GiletJauneCoin (GJC0) has been created to support the international protest movement called “gilets jaunes” (also called “Yellow Jackets” or “Yellow vests” in the international press), to help the  struggle of world nations for self-determination, and the reconquest of their economic, territorial, and monetary  sovereignties.

The anti-democratic European “parliament”, supported by the European Union and the banking lobbies, are trying to stifle our nations in order to keep them in an endless debt system, pushing economies into chaos and currencies into a permanent inflation, leaving most of the citizens in a growing misery.

Decisions of our politicians, sold to evil banksters, reduce the quality of life and liberty for all citizens of the world, who worry a little more each day about the future of their children and future generations.

The current European and the global banking system, already failing since 2008 economic crisis, is living its last days.
The European states, with the help of the European Union, are pressuring the people to finance this zombie system, trying to put nations on their knees.

The brave french people, renowned for their violent revolutions for freedom, have thus initiated a movement of global social protest, which will now end only with the complete overhaul of our social and economic institutions.

OUR NATIONS WILL NOT BE SACRIFICIED ON THE ALTAR OF DEBTS !

It is therefore essential to prepare the future by enabling a transition to a fairer, more equitable, and environmentally friendly paradigm, based on economic and political decentralization.

In order to bring in France and around the world this economic independence and financial support to the “Gilets jaunes” movement,
we have decided to launch GiletJauneCoin, based on the latest blockchain technologies.

Easy to use, GiletJauneCoin (GJC0) is perfect for transactions between “yellow jackets”, and people who want to support our legitime battle against european oligarchy.
By providing the necessary infrastructure for a massive use of GJC0, we are helping yellow jackets around the world to create a parallel economic system during this struggle for freedom.

GJC0‘s vocation is to be a financial transaction tool. It can also used be a tamper-proof voting system, secured by blockchain.
Other functionalities that will be developped by our team during GJCO economic expansion.Lots of developments are schedule and will be announced soon.
GiletJauneCoin (GJC0) will be used for any use case that blockchain will allow to help the international “Gilets Jaunes” protest movement.

GJCO  is inspired by “Bitcoin”, and based on the very powerful blockchain technology”Ethereum”.
Thus, in a collaborative manner, the network is maintained in operation, and transactions made possible 24/24 for a very low cost.
These transactions are rewarded with a number of GiletJauneCoins (5 coins per block, each block can contain hundreds of transactions).
Blocks are issued every 15 seconds by our  decentralized blockchain system “GiletJauneCoin”.
This decentralization prevents any takeover of the payment process by third parties.

NO CENSORSHIP OR FRAUD !