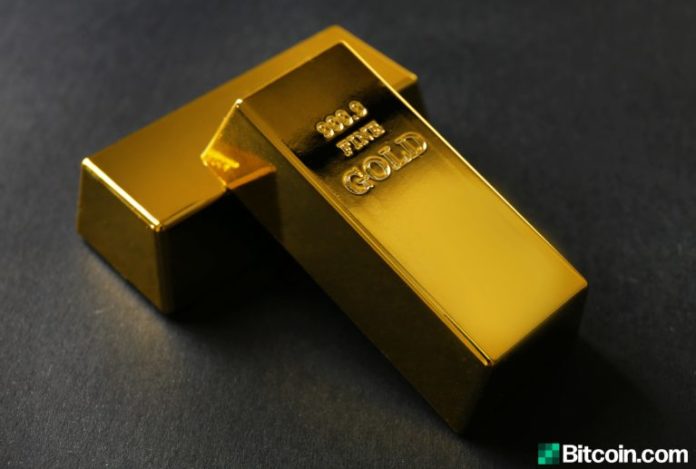 Despite what gold bug Peter Schiff says, economists are uncertain that gold will shine during the current coronavirus crisis. While gold and other precious metals have seen decent gains in the last few weeks, a few investors are terrified that central banks will use their flight-to-safety assets in order to save their economies. Data shows that the U.S. owns the biggest stockpile of gold reserves and the Federal Reserve could very well unload the bullion in times of extreme financial stress.

Central Banks Might Need to Sell Gold, Which Could Crush the Price Long-Term

Just like digital assets like bitcoin, investors are curious about gold and whether or not the metal will rise much higher during the financial meltdown. For over a millennia, gold has been considered a safe-haven asset and the yellow metal is far more scarce than the unlimited fiat central banks create regularly. Despite the scarcity, economists understand that central banks are the largest holders of gold and there’s a great possibility they could dump on the market at any time. In 2019, central banks worldwide purchased the most tonnage of gold in more than 50 years.

Interestingly, in the midst of the coronavirus outbreak, Russia’s central bank surprisingly stopped buying gold and gave no official reason. Russia was not the only country to curb gold purchasing as Kazakhstan, and Uzbekistan brought gold purchases to a grinding halt. Speculators assume central banks are simply using gold for its flight-to-safety purpose and they will have to sell the bullion when economies get crushed. Financial columnist David Fickling explains in a recent editorial that investors should not “expect a crisis to be good for gold.” “It might be argued that the current crisis is precisely the sort of emergency that proves the enduring value of gold for a central bank, as an asset with no counterparty risk that can be sold in an exchange for any currency if things get tight,” Fickling wrote on April 1. Fickling continued:

It’s worth reflecting that the surging price of gold is increasing the share of bullion in most central banks’ reserves right now, in some cases to the point where they need to think about selling. Further, even though investors might want to get some gold to hold onto as a safe haven asset, financial news outlets are reporting on gold dealers explaining there are “big shortages of small bars and coins.” Small bars and coins are popular among retail consumers and people looking to grab some are paying “well above the per-ounce prices being quoted on financial markets.”

“People want to buy, not to sell gold,” detailed Mark O’Byrne, the founder of the firm Goldcore. “We have a buyers’ waiting list and we emailed our clients seeing who wished to sell their gold. At this time there are roughly only one or two sellers for every 99 buyers,” O’Byrne added. In fact, retail premiums for gold “have exploded,” remarked Markus Krall, CEO of Degussa, a German-based precious metals dealer for retail investors. Krall said that the price of bullion at certain shops can be 10-15% above spot prices. Furthermore, Ronan Manly, an analyst at Singapore dealer Bullionstar told the press that Kilobars distributed by Argor-Heraeus SA are selling for 6% above spot. Even though there’s a shortage of small bars and coins, gold bugs like Peter Schiff still think that the yellow metal will surely skyrocket in the near future. Thanks to the stimulus plans across the world, gold proponents have always said that gold will be the best store of value. Many other gold proponents agree with Schiff and Bob Haberkorn, senior commodities broker with RJO Futures feels the same way.

“With all of the stimulus money, interest rates at zero, loss of jobs and multiple battles on the economic front, I can’t see how gold is not higher next week,” Haberkorn told Kitco on Thursday.

The Benefits of Bitcoin: Portable, Harder to Confiscate, and a Superior Rate of Issuance

While analysts and wealth managers ponder if gold will be a safe haven asset during the current crisis many believe digital assets like bitcoin will be king. There are various reasons why bitcoiners think crypto is better than gold and one of the biggest is the fact that bitcoin is much harder to confiscate. Gold investors are often reminded of when the U.S. stole everyone’s gold in the 1930s, back when President Franklin D. Roosevelt (FDR) outlawed the yellow metal. Bitcoin is far more portable than gold, as traveling with the metal could weigh hundreds of pounds, which often leads to storing it with a third party.

Additionally, bitcoiners are more confident in the BTC supply and there’s no central banks to dump on the market. Moreover, BTC’s rate of issuance continues to outshine gold as 3,300 tons of new gold or $200 billion is mined every year. There’s a myriad of reasons why bitcoin and cryptocurrency assets are built for economic calamities such as the one we are experiencing today. If you are interested in learning more about bitcoin then check out our guides and educational resources today.

What do you think about gold during the economic crisis? Let us know in the comments below.

The post Gold Investors Are Terrified Central Banks Might Dump Bullion During the Economic Crisis appeared first on Bitcoin News.