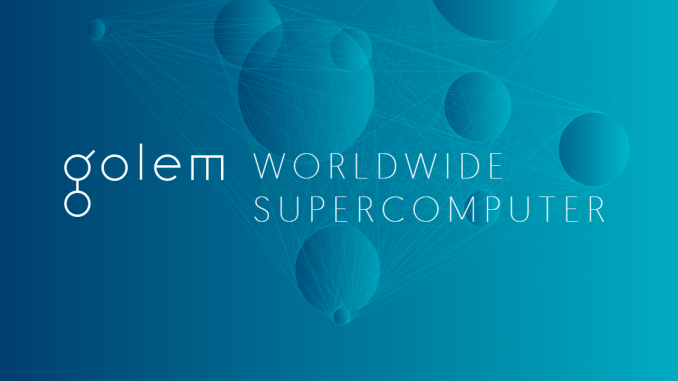 From now on, users can also use Golem, the decentralized supercomputer, in the main network. The price of the crypto currency GNT has risen by more than 20% after the announcement.

The idea behind Golem is pretty simple. Users can provide unused CPU power to their computers, and in return they get GNT, as Golem’s own cryptocurrency is called. Alternatively, users can of course also buy computer power and have to pay for it in GNT.

The team behind Golem has now announced that Golem is now available to the general public and has put the so-called Mainnet (main network) live. However, the CPU performance so far can only be lent or borrowed to create computer-generated images and graphics. Later, however, other CPU-based work should be possible.

Already in 2016 Golem collected 820,000 ETH at an ICO. The current Ethereum rate is currently worth $ 330 million. More than enough money to realize the idea of ​​a decentralized supercomputer. Nevertheless, the project has been delayed again and again. According to the team, it was mainly because they underestimated the effort. Even now, only a first trial version of Golem has gone live, allowing only limited CPU calculations.

The question then is whether GNT can overcome these problems in the long run at all or whether it is not easier to buy computing power from Amazon Web Services (AWS), which is definitely the simpler version at the moment.