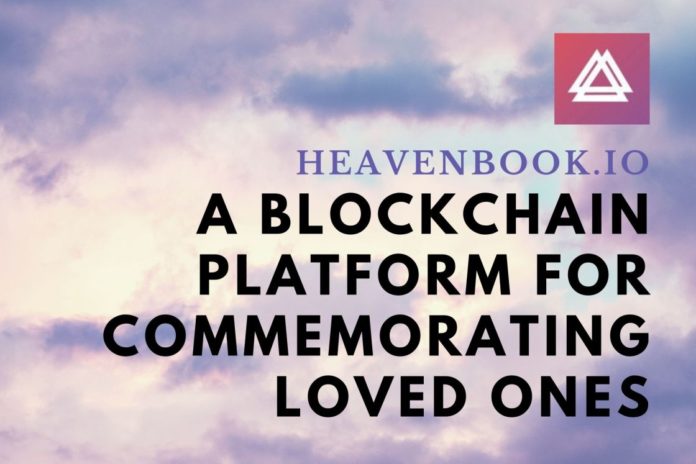 We are currently living through one of the most defining moments of human history. The Coronavirus is one of the biggest pandemic over the last century taking over 784,000 lives worldwide.

Over the next year or two, we all may move past this situation and begin our lives afresh. However, for those who lost their friends and family to this deadly virus, their memories will be etched forever.

To commemorate all the victims who are dead, the Empow team has built a new blockchain-based platform Heavenbook.io – a social network for the dead. The Heavenbook social platform will list all those people who passed away so that they never go out of memories.

The idea is to spread crucial information and achievements of those who are dead. Besides, Heavenbook also provides information about the contributions done by those people in some or the other way to shape a better world.

Many people today on social media pay homage to their lost relatives or friends by sharing a post of their best memories. Although different cultures from different parts of the world pay their respect in different ways, we still are all bound together with a common cause of humanity. This concept has paved the way for the birth of the Heavenbook social network.

While we may not be physically present every year at the graveyard, we can still commemorate whom we lost through this one-stop platform. Heavenbook knows the fact that emotional attachments have no boundaries. Thus, apart from some popular personalities or ordinary people, it also allows you to make posts for your pets, animals, or anything with whom you share an emotional connection.

Heavenbook – Functions and Principle of Operations

The Heavenbook.io shows a timeline of all those people who died on a particular day. It provides additional information about them like any significant contributions, life biography, and more.

Besides, the platform users can remember them and shower love through actions like leaving flowers, burning candles, and leaving tribute messages.

In case of any unfortunate event and death of your loved ones, users can update their followers just by creating a ‘memorial’ on Heavenbook. This way all the community members like friends, family and other closed ones can share their condolences and thoughts by posting their messages.

The idea is getting together people from different ethnicity, culture, languages, interests, etc. and developing mutual harmony, trust and respect within them.

Besides, there are many people who have done huge social work but go unnoticed or get lost in the history books. Heavenbook ensures that their contributions are brought in front of the people so that they are at least remembered posthumously.

The good thing about Heavenbook platform is that it’s absolutely decentralized not controlled by any organization. Thus, all the entries are absolutely done by users making sure that everyone has the right to remember their heroes in whatever field they might be from.

All the entries are absolutely tamper-proof as the Empow blockchain stores all records in detail. Heavenbook can serve as a great historical archive for the coming generations.

Besides, it can also serve as a great platform for all the ancestral information for families that explains their roots and where they come from.

Heavenbook doesn’t differentiate between humans or animals. We often hear stories about dogs that have played a crucial role in some rescue operations or in military operations. Users can also post about these brave hearts on the platform.

Similarly, environment and nature play a crucial role in the planetary existence. Thus, Heavenbook allows the posting of the forests and the plants who are an important part of our ecosystem. Last year in August, the Amazon forest lost thousands of trees in one of the biggest wildfires in history. Similarly, there was a massive bushfire in the jungles of Australia.

Heavenbook is built atop the Empow blockchain which is a secure social network platform built using the Proof of Social (PoC) consensus algorithm. It is a complete decentralized network with high performance and low latency.

By leveraging the power of Empower blockchain, Heavenbook can support millions of users at a given time. The Empow blockchain will store all data of Heavenbook on a distributed ledger. Hence the data remains completely immutable, secure, transparent, and free from regulatory intervention.