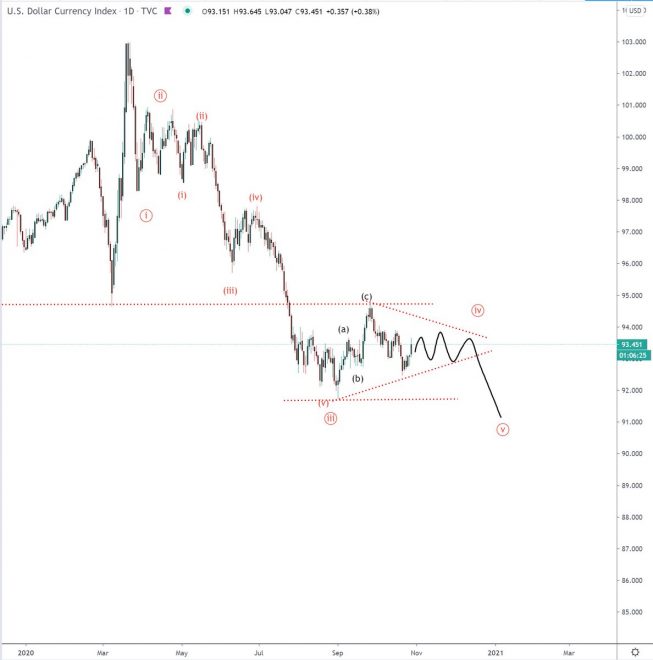 Bitcoin and the aggregated crypto market are struggling to gain any momentum at the moment, with yesterday’s selloff striking a serious blow to the uptrend seen throughout the past few days and weeks.

Buyers have ardently defended against a sustained break below $13,000, with each decline to this level being met with significant buying pressure.

One factor that could help send BTC higher in the near-term is its inverse correlation with the US Dollar.

Although this may have been part of the reason why it saw such a harsh decline from $13,800, the fiat currency’s macro weakness could act as rocket fuel for Bitcoin – according to one analyst.

At the time of writing, Bitcoin is trading down just over 1% at its current price o $13,130. This is around the price at which it has been trading throughout the past day.

Each attempt by bears to push it below $13,000 has been met with serious buying pressure, showing that bulls are still vying for control over its short-term trend.

Where it trends next may depend somewhat on the US Dollar Currency Index (DXY) – as its mounting volatility is beginning to influence Bitcoin.

While sharing his thoughts on where the market might trend in the near-term, one analyst offered an optimistic outlook.

He points to a weak technical structure seen by the DXY, noting that this could bolster Bitcoin.

“I think the dxy is still macro bearish and anyone saying otherwise is tripping balls. Imo we go sideways and consolidate before taking out the 91 and making new lows. In the big scheme of things this is good for btc, however we will have dips along the way,” he said.

How Bitcoin trends in the coming few days may depend on whether bulls can gain an edge over bears, but the DXY may largely determine its macro trend.