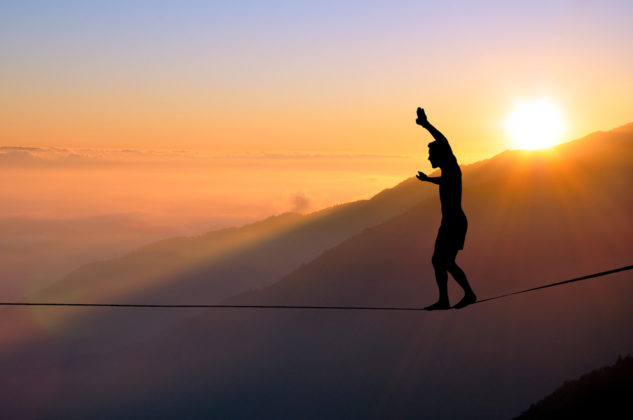 Cardano saw a massive upswing yesterday that allowed it to erase virtually all of its recent losses
For a brief period, the crypto even tapped its previously established yearly highs, although the selling pressure here proved to be quite significant
As for where the cryptocurrency could trend next, analysts are growing increasingly cautious about its outlook
Despite there being a few technical signs that suggest it may continue pushing higher, one trader is noting that it could “nuke lower” at any second

Cardano (ADA) has been caught in the throes of a firm uptrend throughout the past several days and weeks, adding a significant amount of money to its market capitalization as investors pour fresh funds in.
This positive price action has largely been rooted in positive news regarding the Shelley mainnet upgrade as well as the imminent launch of ADA staking on Coinbase Custody.
Investors have rallied behind this news, allowing the crypto to climb by several hundred percent since the start of the year.
This growth may not be as sustainable in the short-term as it seems, however, as one analyst is noting that it could easily “nuke” lower at any second.
That being said, there are still some technical factors playing in ADA bull’s favor.
Cardano Attempts to Confirm Extremely Bullish Pattern Despite Overnight Rejection
At the time of writing, Cardano is trading down marginally at its current price of $0.13.
This marks a recovery from its daily lows of under $0.127 that were set following its rejection at its yearly highs of $0.135.
One analyst is now noting that the cryptocurrency is on the cusp of forming a coveted “cup and handle” pattern, which is an overwhelmingly bullish pattern that is typically followed by notable breakout rallies.
“This is about as good of a cup and handle example as you’ll find in the wild,” he explained.

Image Courtesy of Jonny Moe. Chart via TradingView.
If Cardano can surge higher and break above its 2020 highs, this pattern would be confirmed and could help fuel its momentum.
Why One Trader is Cautious of ADA’s Uptrend
Despite showing overt signs of strength, one popular trader is noting that he is treading cautiously when it comes to Cardano.
He notes that ADA could “nuke” lower at any second, although he does expect it to see slightly further upside.
“ADA Cardano: Beast. I think it could make one more leg up into weekly resistance, however I’d tread very cautiously since this could just as easily nuke here. Personally, I’m longing a small position now and waiting for price to break to the upside convincingly before adding.”

Image Courtesy of Bagsy. Chart via TradingView.
How Cardano trends in the coming days should be quite revealing for its macro outlook.
Featured image from Shutterstock.
Charts via TradingView.

NASCAR driver Darrell “Bubba” Wallace will be sporting a bitcoin logo on his car and uniform during upcoming races. Twitter...