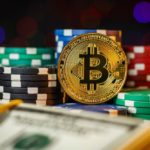 The blockchain-based gambling usually takes place in 2 ways which are either through the off-chain or the chain. The off-chain cryptocurrency gambling is nothing but where online casinos and the physical casinos accept cryptocurrency which is usually the bitcoin system with which amount is deposited into the internet account of the casino. Most of them take the help of a third party like BitPay so that they will be able to convert either Bitcoin or any other cryptocurrency to the local fiat currency. They have accepted cryptocurrency as one of their transaction methods in the casino. 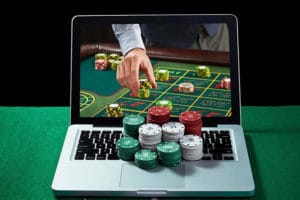 Most of the online casinos now operate their casinos with the help of Bitcoin rather than fiat denominations. When it comes to on-chain gambling it’s through the blockchains via the smart contracts which include decentralized application. It also comes with a backend code that runs through the blockchain network rather than the traditional centralized server. The government can easily go for the off-chain casinos. The gambling website casinos prevent or ban IP addresses for certain countries. So, when the user tries to use such website’s they get blocked.

Different countries have their own online gambling rules and regulations but there are only a few nations that regulate cryptocurrency gambling like Italy, the United Kingdom, Poland, Belgium, Greece, and Netherland. In several countries, Bitcoin isn’t considered to be a legal payment method under the guidelines that exist. And this is the reason why Bitcoin shouldn’t be used in gambling in all the countries. One should look for individual countries to check whether they allow the Bitcoin system. Japan is one of the top listed countries when you checkout the gambling industry that actually exceeds Nevada by $4 Billion. It’s also estimated to be $15.8 billion just in Japan.

There are several online service providers and gambling platforms that accept cryptocurrency in the U.K. Those who would like to go for the cryptocurrency- oriented services need to make sure that they follow the existing gambling laws which are already active in the United Kingdom. Here sports betting are very popular activity that has grown to 700 million GBP industry.

One can also find several crypto-focused sports betting websites online from which they can choose the best site that provides maximum benefits on various betting. Though the gambling commission in the UK had allowed the Bitcoin gambling, they have also issued a warning as there were websites that were providing untrustworthy services to their customers. This is the reason why they have warned and cautioned all their users to be very careful with the associated risks of using bitcoins.

However, the advantages which a cryptocurrency can provide to the gambler are huge. With the help of bitcoin one can now get a great degree of privacy though it is not anonymity. One can be sure and feel safe, as there won’t be any transmission of personal information of those who are performing a bitcoin transaction. But with the help of Anti-money laundering procedures and through the customers KYC it could be identified when the person is trying to convert Bitcoin to fiat in certain countries.

Other than Bitcoin there are other privacy coins that can be handled like Zcash and Monero which provides users with a higher level of identity protection. But these aren’t as acceptable as that of Bitcoins. Joseph Hugh believes that by following tighter crypto regulations one can make use of digital currency for legal purposes as well.

Every government should check and regulate the financial activities of their countries citizens and no one has the right to blame them other than those who are managing some kind of fishy and grey businesses. Though there are several technical and regulatory challenges that have been faced by adopting in casinos, the gambling industry is now getting increasingly friendly to the cryptocurrency. Most of the online casinos along with the popular Las Vegas establishments have started to accept the Bitcoin system payments and other kinds of cryptocurrencies that are becoming a trend which has to be followed by one and all in mere future. 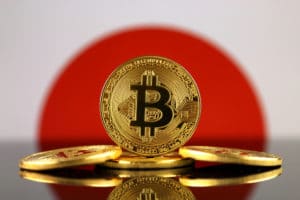 When we look at gambling in Japan, they really follow the strict rules in this regard and the same thing they follow with that of the crypto gambling. Joseph D. Hugh who is the CFO of the international cryptocurrency betting platform has said that though it’s hard to restrict the players’ government will ensure to keep a close tab over the crypto transactions that are happening in Japan using the taxation as an excuse. Even in the year 2018, July Japan had passed a federal law that allows the physical casinos in the Country. He also said that Japan will be opening an offline casino license for major players after the next year’s Olympics. He also said that he feels that the online casinos will follow only after the offline casinos have started operating in this way. Japan is also yet to approve for the integrated resort which should still make use of the cryptocurrency industry. The integrated resort is nothing but a comprehensive entertainment complex where one can find every aspect related to entertainment like the shopping malls, casinos, hotels, theme parks, theatres, etc.

The crypto gambling in Japan isn’t that interesting as it was expected to be. In the year 2019, blockchain network Tron who had been claimed to build infrastructure for a decentralized internet had actually blocked the gambling apps over the decentralized app stores in Japan due to the pressure that has been built by the regulators of Japan.

By blocking the access to apps that were led by Tron’s Chief Technology Office and Lucien Chen the founder Tron made them leave the team. He also said that there wasn’t good consistency between it being decentralized and their actions with that of Tron’s dedication. Chen said that these were inherent when compared to the centralized entity. Crypto gambling is seen at a greater range in the United States, China, Japan, Italy, Australia and slightly in U.K and Canada but still, the US is known to be the one that tops every other country in gambling losses.

In addition to listing the Universal Protocol Alliance’s mega-utility token, Bitcoin.com Exchange will also list the group’s stablecoins, as well...