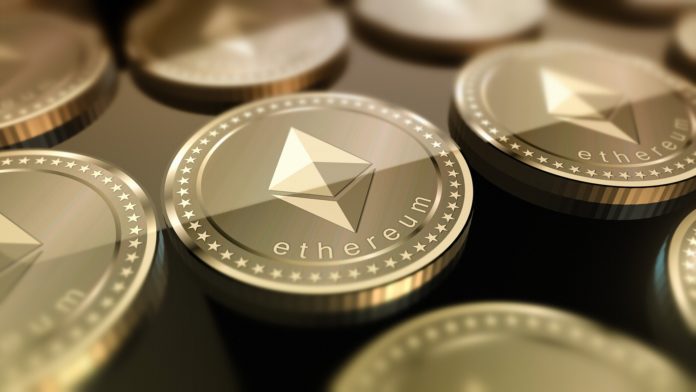 The previous Ethereum is history – soon, when the network switches to the new consensus algorithm. But what are the actual benefits of the switch? We spoke with Ethereum developer Ben Edgington about a date for “The Merge”, the concrete improvements through Proof of Stake and possible scaling solutions.

Ethereum is ramping up for the most significant upgrade in its history: the consensus shift to Proof of Stake (PoS). The “merge” – the merging of the current blockchain with the beacon chain – represents a watershed for the largest smart contract platform, an incision that will adapt the network to greater demands and make the vision of a decentralized world computer a reality. The time is expected to come in August, when the fruits of years of preparation will finally be reaped. However, Ethereum has not yet reached the end of its development.

The consensus shift marks a new beginning for Ethereum. Instead of being backed by miners and their computing power – known as Proof of Work (PoW) – the transition to Proof of Stake means the network is backed by validators and their Ether deposits, the Stake. Sounds like a subtle difference, but it has serious consequences.

“The first and most obvious benefit of Ethereum on Proof of Stake is drastically reduced energy consumption. We expect to use 99.98 percent less energy than Ethereum’s Proof of Work currently uses,” explains Ben Edgington

Currently, Ethereum’s energy demand is over 90 terawatt hours per year, according to Digiconomist. About the same as the Philippines. Due to the significantly improved energy efficiency, Ethereum will only consume one hundredth of this after the switch to PoS.

A sea of more

“In addition, Proof of Stake offers stronger security guarantees than Proof of Work at a much lower price,” Edgington explains. “The issuance of new Ether to validators will be 90 percent lower than the current issuance to miners, and yet we will benefit from a much better security model.”

Coupled with that: higher network activity. Expensive hardware, maintenance, electricity costs – Proof of Work participation comes at a high expense to miners. PoS does require a financial commitment, the stake itself. But there are no “operating costs” as with PoW. The calculus: smaller barriers to entry mean more people participate in network proofing, making Ethereum more robust, decentralized, and inclusive. The threat of 51 percent attacks is also eliminated with the consensus shift.

“Although Proof of Stake still has centralizing forces, we believe they are less than with Proof of Work. PoS allows a much broader range of actors to participate in the operation of the network,” Bedgington adds.

August is the date – probably

A specific date was never officially set. But the switchover was roughly expected in June. After it became clear that it would not be possible to meet this deadline, a new date has been set: August. Ben Edgington does not want to be pinned down to that date yet. But: “Many of us believe that a merger in August is very possible.

Edgington: “The tests are indeed going very well. The specification is complete. The client teams are ready, especially on the consensus side, although one or two of the executing client teams (Eth1) need a little more time.”

A dress rehearsal will be the merge test run on the Ropsten testnet on June 8. “If that goes well, I see every reason to proceed with The Merge as soon as possible”.

The bomb is ticking

So the clock is ticking. Literally. Because in the background, the Difficulty Bomb is putting on the pressure. The Difficulty Bomb is a mechanism that increases the difficulty level in the proof-of-work algorithm. The result: longer block times and lower ETH rewards for miners. Once the “bomb” has burst, the difficulty level keeps increasing until the blockchain stops producing blocks, grinds to a halt and freezes – known as the “Ice Age.”

The mechanism is both a blessing and a curse, as Edgington explains, “I think the bomb is a useful forcing function for us as developers, and that should be our ‘Plan A.'” Other developers, on the other hand, feel that this pressure is not helpful.”

Until now, the detonation of the Difficulty Bomb has always had to be delayed by a hard fork. However, “If we could deliver The Merge in August, we wouldn’t have to delay Difficulty Bomb,” Edgington is optimistic. “We will try to reach an agreement on this issue in the next two weeks. I expect that the main discussion on whether to postpone Difficulty Bomb will take place at the Core Developers meeting on June 10.”

More decentralization, security, energy efficiency: The consensus change marks a kind of zero hour for Ethereum – and thus also the beginning of new development work. Particularly at the scaling level, i.e., the throughput performance of the network, there is still a need for action after the merge. A repeated symbol for the scaling deficits: high transaction fees.

Layer 2 solutions in particular are to provide the necessary performance boost. “We no longer plan to introduce in-protocol shard chains,” explains Ben Edgington. “Instead, we expect to scale via Layer 2 solutions such as roll-ups.”

To do this, he says, “a huge amount of data availability capacity will be provided in the protocol,” allowing “roll-ups to perform thousands of transactions per second with the full security of the Ethereum base chain.” A significant improvement: currently, Ethereum’s throughput is around 15 transactions per second. An initial version would be deployed with the first hard fork after the consensus transition, “perhaps 6-9 months after the merge.” The full version would then be the “next priority.”

In about a year, the work should thus be largely completed. So the to-do list is still well filled. But the biggest chunk should be shoveled away in August, clearing the way for a new Ethereum era.