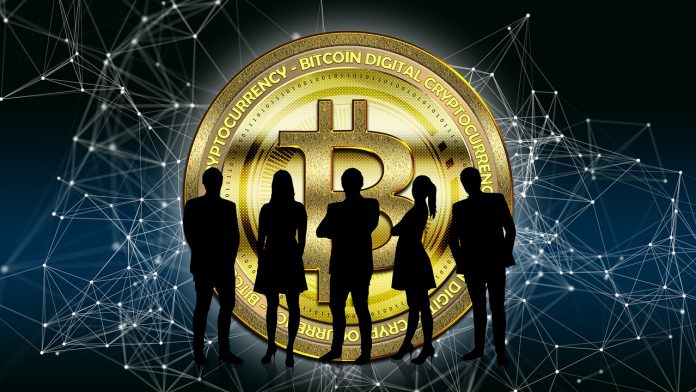 Bitcoin is maturing into a legitimate financial product that is finding its way into more and more traditional portfolios. Now hedge fund legend Ray Dalio is also expressing interest in BTC.

They are the really big ones. Paul Tudor Jones, Stanley Druckermiller and now even Ray Dalio is on the way. While the former have been stepping into the breach for BTC for some time, the latter is still struggling. Ray Dalio, an investor and hedge fund manager, is an advocate of a gold position in the portfolio and already subscribes to the narrative of inflation and rising debt, which Bitcoiners also feel connected to. Actually, it is believed, Dalio should have gone under the Bitcoiners long ago. So far, however, the billionaire is still struggling.

Bitcoin is simply too volatile for a currency. Who would want to store their wealth in money that can lose up to ten percent of its value a day, and the state would not tolerate a parallel currency under any circumstances. Should BTC actually become a threat to the state monopoly of money, it would simply ban Bitcoin.

In a tweet on November 17, the company sounded different and for the first time signaled openness to Bitcoin.

75 likes atm => Ray or his media team cannot not see this message. If still not taken up on Preston Pysh’s offer the conclusion can only be, that Ray doesn’t practice what he preaches. His opinion on BTC at the moment clearly reflects a lack of deep insight in the matter.

It is logical that Bitcoin Twitter insisted on making the desired corrections. Bitcoin is of course volatile – in contrast to gold, the cryptocurrency is still at the beginning of its monetization and is comparatively illiquid. Volatility, however, works both ways. This year, Bitcoin was the dominant asset class. Bitcoin has been up 152 percent since the beginning of the year. A missed trade that Dalio should regret too.

This is the notch that investor Stanley Druckermiller suggests. From 1981 to 2010, the economist was the manager of Duquesne Capital, one of the most successful hedge funds ever. Druckmiller achieved the sheer superhuman achievement of generating an average of 30 percent ROI per year for its investors. In 2010 he closed the fund.

The philanthropist admitted to CNBC that he was a Bitcoin fan and had even invested in the cryptocurrency.

A narrative change is looming here. Should the “Bitcoin bet”, as Druckermiller calls investments in BTC, work out, there will be an astronomical return. To be there from the start is risky. But the potentially astronomical price gains could well lead to more and more institutions investing a small part of their portfolio in BTC.

This can also be observed in the performance of MicroStrategy. In early October, the company announced that it had invested $ 425 million (USD) from its reserves in Bitcoin. Since then, things have been going well for MicroStrategy and its charismatic CEO Michael Saylor. After all, the investment has risen in value by over 20 percent after just two months.

In addition to Druckermiller, Saylor and Dalio, Paul Tudor Jones, a third member of the group of star investors, has expressed an interest in Bitcoin. In May, Jones sparked the interest of his investors in Bitcoin by devoting a chapter of his investment report to cryptocurrency and using it as a possible hedge against inflation.

The crypto currency No. 1 is receiving protection these days from circles that have made their fortunes in the traditional financial sector. That would have been unthinkable a year ago.