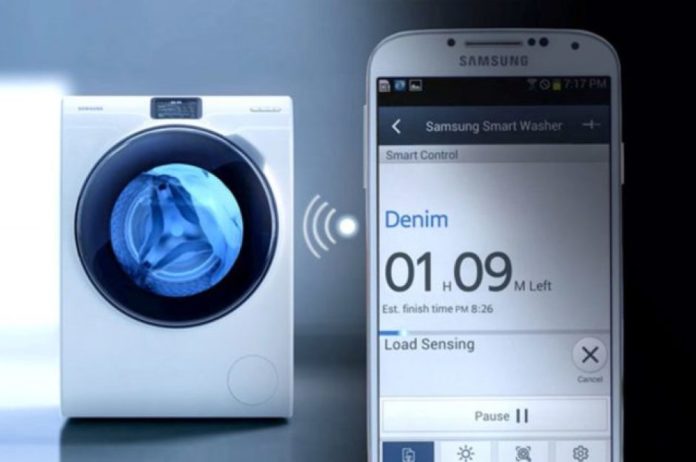 The internet of things (IoT) is not a futuristic concept anymore, as more and more industrial leaders jump in this fast-evolving scene in order to stay on top of the pyramid and keep pushing the edge of technological advancement as they did for the last decades. Well-established companies like IBM, Google, Microsoft, Samsung, Cisco, Huawei, and Vodafone to mention a few – as well as new start-ups like the Berlin-based IOTA (MIOTA) Foundation, the Chinese Walton-chain and the Ethereum (ETH) based Weeve Platform are all striving to get a big piece of this newly generated pie of innovation, that has been proven to be needed for the next steps in technological and scientific pursuits if not absolutely necessary.

From commercial smart-home applications like smart kitchens, tv, and spatial light, to public space applications involving smart city transportation, futuristic urban banners, and various sensors recording and editing data regarding a city’s temperature, pollution levels, oxygen levels, humidity, and more, the Internet of Things is here to take over traditional networks used by telecommunication companies manually, and change the way we interact with the machinery on a whole new level.

Today, we’re taking one of the most innovative projects in the space, especially founded to resolve and integrate solutions with real-life use-cases with the help of the Internet Of Things. That would be IOTA (MIOTA), not only because they’re strictly focusing on IoT, but also because they’re using the latest words of technology when it comes to networking and data distribution.

The Berlin-based Foundation that’s been supported heavily both economically and technically by some of the key players in the IoT scene, including BOSCH, Volkswagen, Samsung, and Fujitsu, to mention a few, has been constantly evolving since its day of creation.

From creating its own alternative to blockchain-networks, “The Tangle”, which is a Directed Acyclic Graph (DAG) type of Distributed Ledger Technology (DLT), to creating future-proof concepts based on IoT that could and will be implemented in our everyday life in the near future, IOTA has been working hard gathering resources and the expertise as well as an international team of professionals in the scene, a project of their kind would require achieving their goals.

After the acquisitions of two high ranking officers from Robert Bosch Venture Capital (RBVC), and Volkswagen respectively, and with the help of previously joint members like Julie Maupin, an international law expert with a focus on DLT and ties with the European Commission and G20, IOTA was set to create their first ideas and propositions on how  we can alter the future, now.

Deals and partnerships with other corporate entities and even governmental institutions didn’t take time to be established between IOTA and the third parties and various IoT based projects were launched, firstly as betas, ending up as solid working products and services.

Some significant mentions would be IOTA’s combined effort with Taiwan-based start-up BiiLabs to make Taipei a fully functioning smart-city, while countries like the Netherlands are already using The Tangle to distribute governmental issued documents regarding social housing.

Then IOTA’s partnership with Volkswagen, and BOSCH “smells” like the first IoT based automotive industry could be just around the corner, especially when BOSCH announced after a purchase of a big chunk of MIOTA (IOTA networks native digital currency), that they are working on the first ever level 5 self-driving processors for the next generations of cars.

Many companies including Tesla and Daimler (the company behind Mercedes) are using BOSCH’s chipsets when it comes to advanced driving, and the later even announced the first self-driving taxis in Berlin by 2020. It is most likely that all these will be using IOTA’s network to function, exchange data and perform automatic machine payments.

How aware is the average citizen of what IoT is and its capabilities?

That is a good question and while not everyone understands what IoT stands for, or some have even never heard of the term before, they do understand that machinery is getting closer to their lives, needs and everyday tasks and they have made peace with it.

Even my mother knows that there is a washing machine that starts and stops whenever you want, even if you’re not home and it will post reports of the process directly to your phone.

IoT is also very popular in the gastronomic scene, where smart-kitchens are being promoted as the next big thing to have in your fancy smart-house after the already boring smart TVs and lights.

TV series like CBO’s Billions started their new season with the protagonist hedge fund company discussing a start-up specializing in IoT applications and how they’re going to invest in it big time, explaining what IoT stands for and showcasing how important and big it is for the future.

So, I would say that people are pretty aware of IoT already and if not, they will be in a couple years tops.

What are your thoughts on the matter? Is IoT really important? And how could IOTA affect your everyday life and tasks? Let me know in the comments below.