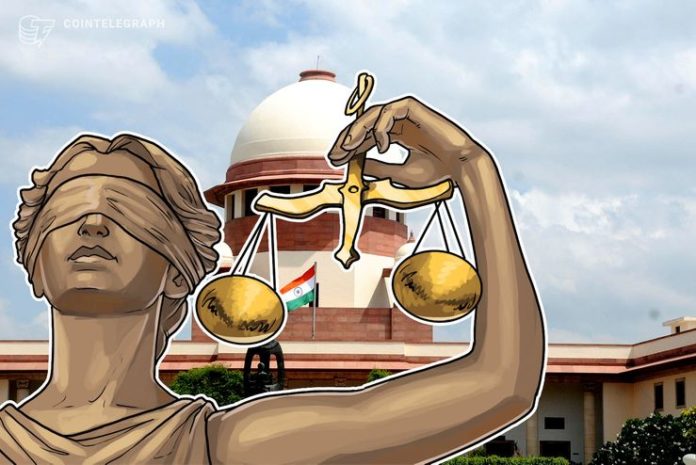 India’s Supreme Court will listen to the final round of petitions against the country’s central bank banning cryptocurrency dealings. The hearing is set to happen today, September 25, local news outlet Financial Express reports.

The latest step in a lengthy process since the Reserve Bank of India (RBI) announced the ban in April, multiple appeals have surfaced in the last two months, these stemming from sources throughout the local cryptocurrency industry and beyond.

The ban has officially been in force since July 6, Cointelegraph reporting the original deadline for the Court to weigh up its legality being pushed back from July 20 to September.

On September 12, RBI published an affidavit detailing its stance on cryptocurrency, standing by its decision to stop banks servicing exchanges and other entities.

Bitcoin and altcoins, it said, are “neither currency nor money; they can’t even be considered as a valid payment system.”

The Court has yet to signal a timeline for considering the appeals.

In line with other jurisdictions such as Iran and Venezuela which have taken a hardline stance on cryptocurrency freedoms, the RBI has signalled it is interested in creating a national cryptocurrency under its direct control.

At the same time, the government has dispatched teams to Japan and Switzerland, ostensibly to assess possible means of regulating markets.