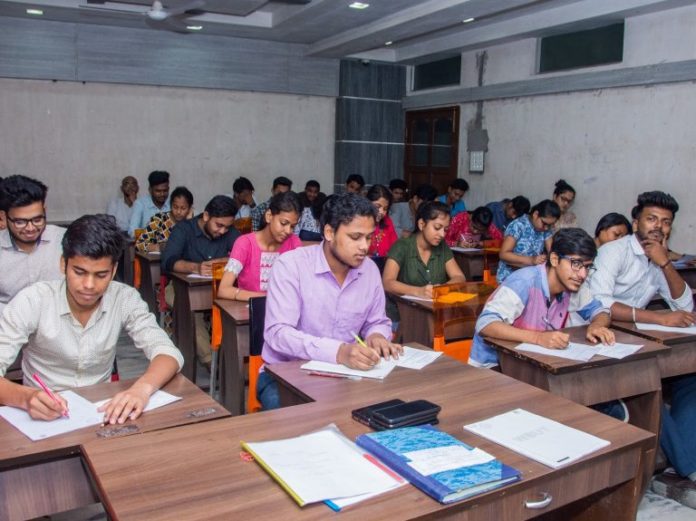 Beijing’s sudden rush into blockchain development and digital currency hasn’t gone unnoticed. From America to Europe and back to Asia, governments have started thinking about this new racetrack in more serious terms. India has a history of tensions with China, although the countries have a lot in common as well. The two regional rivals share a hostile attitude toward decentralized cryptocurrencies, for example, but they may find a new field of competition in the advancement of technologies developed around their underlying architecture.

From Border Disputes to Blockchain Race

China and India have a very long history of relations that date back to ancient times and have involved a tremendous amount of cultural and commercial exchange through the ages. But in the past century they have been marked by border disputes and economic competition. After three military conflicts in several decades, tensions between the two nations rose again recently in the troubled region of Kashmir, parts of which are controlled by India, Pakistan, and the People’s Republic. The Indian decision to revoke the autonomy of its northern state of Jammu and Kashmir and split it into two federal territories ruled directly by Delhi sparked a diplomatic exchange of fire, mere days after Prime Minister Narendra Modi and President Xi Jinping vowed to improve political and economic ties. The two statesmen met informally in the seaside town of Mamallapuram, in the southern Indian state of Tamil Nadu, Reuters reported, to discuss among other issues India’s huge trade deficit with China, exceeding $50 billion in the past couple of years.

India has to catch up with China on a lot of fronts and Beijing may have just opened another one with its new focus on blockchain development. Despite cryptocurrencies having a hard time in both countries, industries built around the implementation of crypto-related technologies may soon experience rapid expansion in the region. Acknowledging that prospect, another southern Indian state, Kerala, has just set a new goal for itself – to prepare thousands of blockchain specialists. During the Blockhash Live 2019 conference, the state’s Information Technology Secretary Shri. M Sivasankar declared:

The coming two years are crucial for us as we plan to produce 20,000 blockchain experts. The emphasis is on enhancing the quality of manpower steered by young startup companies.

Quoted by the English news channel Republic TV, the local government official also stressed that the plan provides Kerala with an opportunity to build expertise in next-generation technology and knowledge sharing. “Blockchain technology, first pioneered by cryptocurrency Bitcoin, is a promising, new-age cutting edge technological innovation,” Sivasankar added, highlighting its potential to disrupt various business sectors such as banking, insurance, trade finance and retail. The event, organized by Kerala Blockchain Academy, gathered civil servants and representatives of the industry who spoke about positioning Kerala as the blockchain hub of India.

There are some who believe Kerala is already a leader among Indian states in blockchain expertise. According to Marta Piekarska-Geater, director of ecosystem at Hyperledger, future employment prospects for such professionals are “incredible.” Quoted by the Times of India daily on the weekend, she pointed to the many foreign companies that outsource blockchain development to India because of its better schooling system compared to other countries. Speaking on the sidelines of the Kochi Design Week festival, Marta noted:

Two days ago, LinkedIn published a report saying that India will have the biggest market for blockchain and AI developers in 2020. This is a space which is massively important for young people in India.

According to Linkedin’s latest Emerging Jobs Report, blockchain developer, artificial intelligence specialist, and Javascript developer are the leading emerging jobs in India, with blockchain quickly rising to the top after it didn’t even figure in last year’s edition, the publication remarked. New hires in the industry have seen significant growth which indicates strong demand can be expected during next year. In that, India is no exception as the number of jobs related to crypto and blockchain technology has been growing in other parts of the world too, as news.Bitcoin.com reported in November. Not only blockchain, which is basically a database technology, but the whole crypto space in general has the potential to grow and give India an edge over China, where authorities have been cracking down on crypto companies. That could happen if the Indian government and judicial authorities change their generally hostile attitude towards decentralized digital money, resolve a Supreme Court case that’s been dragging on for some time, and finally adopt a friendly regulatory framework.

Considering the case of Kerala again, its economy has been quite dependent on emigrants who send back billions of dollars each year. In 2012, remittances formed almost a third of the state’s GDP. The fees these families pay in cross-border transfers are substantial, when a transaction on the BCH network often costs less than a penny. Besides, a thriving crypto and blockchain industry can keep more of Kerala’s young in gainful employment in their homeland.

Do you think India will prioritize blockchain development like China and ultimately adopt crypto friendly regulations? Share your thoughts on the subject in the comments section below.

The rapid slide in Bitcoin (BTC) prices led to more talks of calling the bottom on the most recent downward...