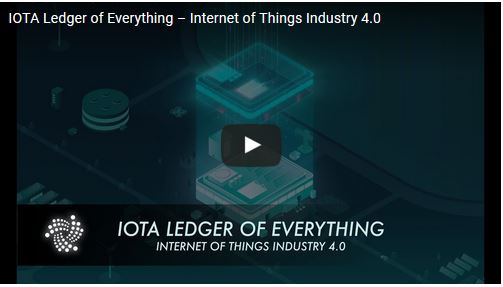 There is a small update at IOTA. With the updated IOTA Reference Implementation, transactions should become more effective in the future. Meanwhile, the IOTA share price had to cope with slight losses during the week.

The IOTA Foundation plans to implement the IOTA Reference Implementation 1.5.2. (IRI) to fix some problems. According to Dominik Schiener’s blog post, the update is expected to significantly reduce the length of transaction confirmation periods, among other things.

What is the IOTA Reference Implementation (IRI)?

IRI helps Tangle to work. Because each transaction in the IOTA system must relate to two previous transactions, Tangle needs IRI to locate it. So she finds two valid tips to attach to Tangle. At the moment, however, significantly more transactions have to be validated, which can put a heavy strain on IRI. With the update, this problem should be a thing of the past and thus significantly faster transactions possible.

What else is going on at IOTA?

On July 23, the IOTA Foundation released the video “IOTA Ledger of Everything – Internet of Things Industry 4.0”. In it, they illustratively explain their ambitious plan to become the basic currency for the Internet of Things:

While most cryptocurrencies in the top 10 are currently in the green zone, the currency for the Internet of Things currency exchange rate has suffered slight losses. Accordingly, the IOTA price is currently at $ 0.97, with a drop in the last seven days from just under five percent. As a result, IOTA ranks 9th among the largest market cap crypto currencies. This currently stands at $ 2.7 billion and a 24-hour trading volume of $ 34.3 million.

Recently, the IOTA team presented a possible use case for their project. With Cariota they want to merge the Tangle and autonomous vehicles.