Summary of the Hannover fair experience by topocare

In the PoC the textile consumption is monitored by the machine, which triggers the payment. The machine is operating its own IOTA wallet and initiating the transaction of IOTA token based on the monitoring. The amount transferred for each production step is 3 IOTA which represents a micro-transaction of a approximately 0,0000009 Euro. 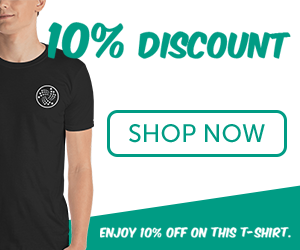 All transactions undertaken on the Hannover fair can be seen on thetangle.org. It can be observed, that there were periods were the transactions had to be reattached quite often. Also, we were facing problems with the Wifi on the fair. However, in general the payment process went well.

Overview of the transactions done with the machine

With each transaction undertaken the machine is also attaching the current production status to the tangle. The message field of a transaction is used to insert the production parameter. This are the machine name, timestamp, rotary encoder status and the GPS-position of the machine (we had to turn off the GPS data transfer on the fair, because there was a bad connectivity within the hall).

This post was originally published on https://medium.com/@simonje_74566?source=rss-af673519f85f——2. The IOTA-News Community curates, examines, and summarizes news from external services while producing its own original material. Copyrights from external sources will be credited as they pertain to their corresponding owners. The purpose is to make use of 3rd party content or pictures as either allusion or promotional endorsement of mentioned sites. If you have a claim of copyright infringement with respect to material, please mail to support[at]iota-news.com. IOTA-News.com is a community run website and is NOT affiliated with the IOTA Foundation in any way.