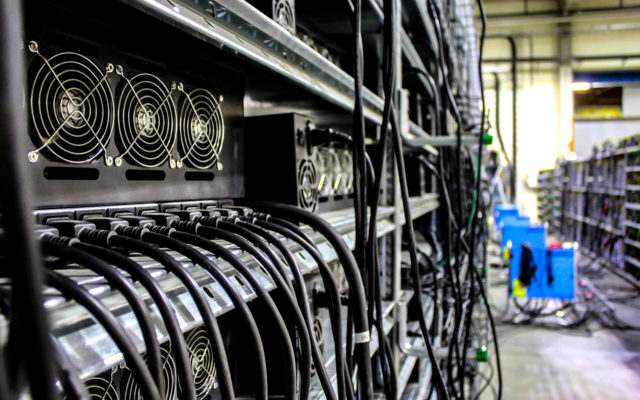 Clever bitcoin miners in Iran are setting up shop in local mosques to swerve costly electricity bills, but the Government are hot on their heels.

As social media users and the local press report this week, around one hundred miners are now participating in the Bitcoin network from local mosques.

In Iran, mosques get free electricity from the government, making them an ideal location for the energy-intensive mining process.

A photograph uploaded to Twitter and subsequently translated into English by Oxford University researcher Mahsa Alimardani appears to show a setup at an unnamed mosque.

There’s around 100 here, producing around $260,000 USD a year. This money goes a long way in Iran’s choked sanctioned economy

Mosques receive free energy in Iran. Iranians have set up Bitcoin miners in them. There’s around 100 here, producing around $260,000 USD a year. This money goes a long way in Iran’s choked sanctioned economy. https://t.co/fczwdqCPAd

While not everyone believes the mosque phenomenon is genuine, $260,000 is still no small amount for citizens of a country which faces economic turmoil and sanctions which are increasing rather than decreasing in 2019.

The latest political fracas with the US has taken its toll on the already heavily inflated Iranian rial, with black market rates now hovering at 132,000 to the dollar. In 2015, at the time the previous US administration signed a new treaty opening up Iran to the world economy once again, the exchange rate was 32,000.

Over the past 2 years, Tehran, the capital of Iran, has been curiously bearish about cryptocurrency despite its sanctions-dodging potential.

In April 2018, Iran’s central bank issued a formal note to banks telling them not to serve crypto businesses, a decision which preceded announcements that the government would issue a cryptocurrency of its own.

In September, meanwhile, the state conversely took the step of formally recognizing Bitcoin mining as an industry.

That move again appears to run contrary to events this week, as authorities seized one thousand mining units after alleging they caused a 7 percent surge in power usage.

“Two of these bitcoin farms have been identified, with a consumption of one megawatt,” Arash Navab, a power official in the central province of Yazd, told local TV quoted by Reuters.

According to news outlet Iran Daily meanwhile, the Ministry of Energy plans to cut off power to all miners until tariffs for electricity change.

They “will be identified and their electricity will be cut,” the publication reported, referencing an official at the ministry, Mostafa Rajabi Mashhadi.

June had previously seen the unveiling of an unlikely addition to Iran’s mining scene in the form of a ‘sanctions-dodging’ skyscraper.

Do you think Iran’s mosques are sheltering Bitcoin miners? Let us know in the comments below!

Bank of Uganda’s deputy governor issued a public warning against investments in unregulated cryptocurrencies, as there are limited legal protections...