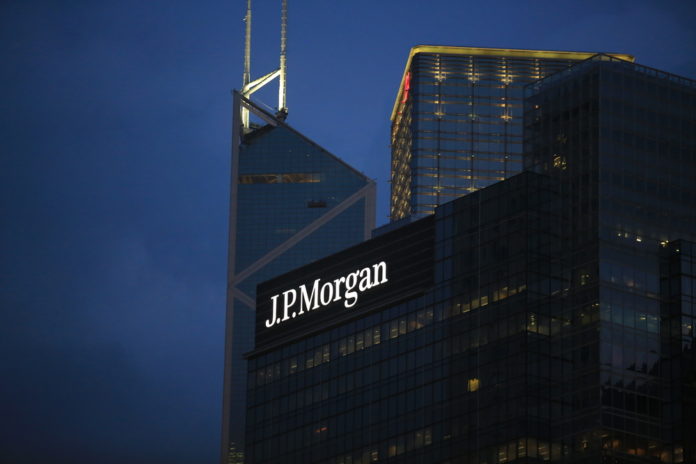 Already more than 220 banks have joined the blockchain system of JPMorgan, which could even compete with SWIFT in the future.

Using blockchain technology, JPMorgan Chase is significantly more advanced than its competitors, such as Goldman Sachs and Citigroup.

At the beginning of the year, the & Investment Bank had launched the “JPM Coin”. This is a so-called stablecoin – a dollar-linked “stable coin” that the bank uses to help its large corporate clients handle global transactions and transactions.

Now JPMorgan continues to expand its market leadership in the use of Blockchain. The & nbsp; Investment Bank is expanding the application possibilities of its Interbank Information Network (IIN). This Blockchain project was joined last year by 75 of the world’s largest banks. It seems to be a kind of Blockchain-based alternative to the SWIFT system.

The Interbank Information Network, which has now joined more than 220 banks, serves to exchange information. With JPMorgan’s blockchain platform, it is now possible to resolve compliance issues faster, which can take several weeks to process with previous procedures, especially when multiple banks are involved.

JPMorgan hopes that the use of Blockchain will reduce the error rate of international transactions and make compliance more efficient. The investment bank also wants to simplify global payments to better compete with emerging digital payment providers such as TransferWise, Revolut and Ripple.

It is true that the interest of the banking industry as a whole has weakened in terms of the potential of blockchain technology. But JPMorgan continues to drive the development of its Interbank Information Network and wants to further expand its capabilities.

So far, banks can share data through the & Interbank Information Network & so errors can be fixed faster. “Now we’re looking at the ability to do more at the settlement point,” the Financial Times quotes John Hunter, head of global clearing at JPMorgan.

JPMorgan has developed a feature that verifies in real time that a payment has been transferred to a valid account. This prevents the payment from being denied a few days later because there was an error in an account number, bank sort code, address or other aspect of the transaction.

The rate of flawless bank payments is between 80 and 95 percent. “It’s the gap – the 5 to 20 percent of payments that must be judged by surgeries that we try to alleviate some of this pain,” says John Hunter.

IIN also sets up a test environment for financial technology companies to use the network to develop their own applications. The test environment, which JPMorgan expects to launch in the third quarter, provides developers with building blocks such as secure messaging, document transfer, and data modeling.

The IIN services are currently free, but the network may also offer paid and commercial applications in the future, with banks choosing and deciding what they want to use.