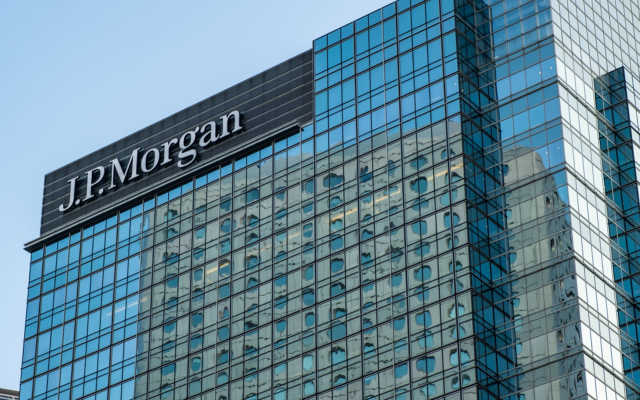 True to form, JPMorgan strategists have been warning investors off Bitcoin, despite the current bull-market. According to a recent investor note, Bitcoin has surged ahead of its ‘intrinsic value’, mirroring 2017’s boom, before 2018’s slump.

Bitcoin price 00 has undergone a heroic charge since the beginning of April, signalling the end of the nearly 18-month crypto-winter. However, the BTC-phobic strategists of JPMorgan, will always find some reason to dissuade any interested customers from buying.

For JPMorgan, cryptocurrency price gains mean only one thing – the overpricing of assets. In order to give the FUD an air of science, they are even able to put a figure on it – the ‘intrinsic price.’ Which, according to JPMorgan, derives from treating Bitcoin as a commodity and calculating its ‘cost of production.’

According to the strategists:

Over the past few days, the actual price has moved sharply over marginal cost. This divergence between actual and intrinsic values carries some echoes of the spike higher in late 2017, and at the time this divergence was resolved mostly by a reduction in actual prices.

Of course, JPMorgan omits that Bitcoin does not behave like a commodity as its supply is not only hard-capped, but its output is predictable and constant regardless of market demand.

Between The Slump And The Rally, Surely There Was A Buy Signal?

Not anything that JPMorgan could acknowledge. Although logically, yes, there must have been some point that bitcoin was a buy. It seems the experts at JPMorgan missed that.

In fact, they were singing the exact same tune back in February, when BTC was hovering at around the $4000. Back then, JPMorgan’s ‘intrinsic value’ was just $2400, based on the ‘average cash cost of a low-cost Chinese miner’. 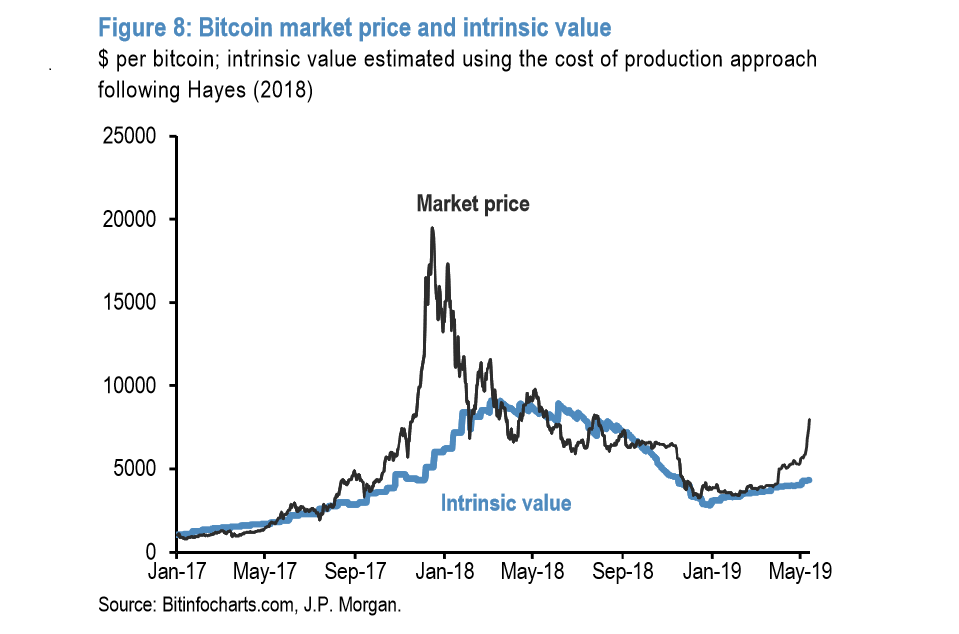 However, all that is really being charted here is a rough sketch of miner’s profit margins.

Still, before that the folks at JPMorgan were adamant that Bitcoin had no ‘intrinsic value’ at all, other than perhaps in a dystopian future scenario.

Many in the mining community have argued that the very concept of a ‘marginal cost’ or ‘break-even point’ is flawed. With a finite supply, miners can only receive a bigger share of that relative to other miners.

JPMorgan alludes to the ‘challenge’ of defining a ‘fair value’ for BTC in a caveat to its strategist’s note.

Defining an intrinsic or fair value for any cryptocurrency is clearly challenging. Indeed, views range from some researchers arguing that it has no fundamental value, to others estimating fair values well in excess of current prices.

So… ‘Based on our, admittedly somewhat arbitrary, valuation, don’t buy bitcoin’. Is this what passes for professional financial advice these days?

Do you agree with JPMorgan’s assessment of bitcoin’s current value? Share your thoughts below!

How to Check Median BTC and BCH Transaction Fees

Transaction fees are the cost that cryptocurrency users have to bear in order to keep the system going. Fees can...