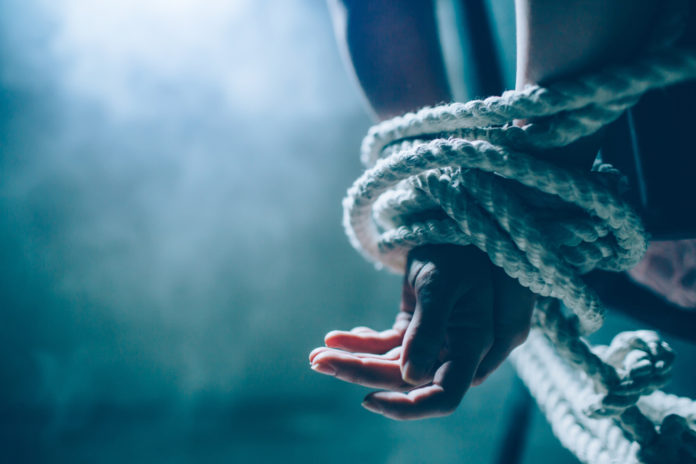 South Africa, Costa Rica and Norway: There have recently been cases of kidnapping against cryptocoins in these countries. This “application” has long been feared and predicted. Now the cases in which it occurs increase. For the first time the blackmailers also demand Monero.

On December 15, Linathi Tisthala celebrated her ninth birthday with her grandmother in Cape Town, South Africa. When she went home the next day, only two houses away to take a bath, she never arrived there. One day later, a message came to the anti-crime site and Facebook group “Western Cape Gangwatch”:

“Would you like to find Linathi Titshala? If you want her to return safely, pay 5 Bitcoin to the following address: 1Bk4TQzDXhxGgMwrXcaFhViSyoT9GLk2kN. You have 48 hours, if you do not pay in 48 hours, we stop communicating. This email will be deleted in 12 hours. “

A spokesman for the group said they would try to find the blackmailers “through the Bitcoin Code”, but fear that he used an email address he created in an Internet café. It is hoped that the blackmailers will realize in what circumstances the family is and that they can not hold the girl captive for a long time. After Linathi’s disappearance, the group started searching for her again on January 7 and 8.

Such kidnappings are not uncommon in South Africa. According to statistics from 2013/14, there were 4,100 kidnappings during this period. Every five hours a child disappears.

That the blackmailers demand Bitcoin is rare, but heaps up. According to London-based consultancy Contro Risks, cryptocurrency kidnappings have already been reported in 12 countries, with the number increasing from two per quarter in 2017 to about one case per month. Bitcoins have the advantage for blackmailers that they can receive money with them pseudonymously. Only when one issues or exchanges Bitcoins, it becomes possible to trace back the identity of the owner. Although a Bitcoin payment should not be an indication of the location of the kidnappers – and thus not help finding the victim – the chance of finding them retrospectively is relatively high.

According to Guardian, there was the first kidnapping of Bitcoins in May 2018 in South Africa. In September, a businessman was released for a ransom of 50 bitcoins. In December, a well-known Bitcoin trader was admitted to a presentation, but overwhelmed upon arrival and forced under torture to release his password and bank details.

That this happens in South Africa, one of the most dangerous countries in the world, is one thing. However, two more cases have recently occurred in other countries.

In Costa Rica, a state in Central America, in September, the American entrepreneur William Sean Creighton Kopko, owner of an online gambling platform, was abducted. He was traveling by car to Granadilla de Curridabat, but was piloted by two involved officials and then overwhelmed by the kidnappers.

The kidnappers demanded a bitcoin payment equivalent to about $ 950,000. After Kopko’s family paid for them, they stopped communicating while the businessman was still missing.

However, the police managed to catch the kidnappers. Three of them initially left for Cuba, only to flee to Spain a month later. In the city of Zaragoza she arrested the Spanish police. Shortly after, the police raided a house in Costa Rica and arrested another nine gang members. How they managed to track down the criminals, the police did not announce.

Costa Rica is not South Africa, but there are still reports of rising crime and violence. Since Costa Rica has a relatively vibrant cryptocurrency scene, kidnappers have long been aware that Bitcoins can be of use to them. Already in January there was the first case worldwide, when kidnappers demanded $ 500,000 ransom for the release of a Canadian.

A place where you would not suspect kidnapping at first glance, however, is Norway. However, since October 31, 68-year-old Anne-Elisabeth Falkevik Hagen has been missing here. She is the wife of Tom Hagen, founder of the electricity and oil company Elkraft and one of the richest inhabitants of Norway. The threefold grandmother disappeared from her home in Fjellhamar, a small village near Oslo.

E24.no reports that the kidnappers at the scene left a message in broken Norwedish, threatening to kill the woman if her husband turned on the police. In addition, they demand a ransom of 85.9 million Norwegian kroner, which is almost nine million euros.

Police have been secretly investigating for some months with help from Europol and Interpol. So far, however, she found no sign of life of the kidnapped and little evidence of the kidnappers.

The special thing about this case is not so much that it happens in one of the richest and safest countries on earth. Some people have long expected this to happen. Because the government publishes every year the so-called Skattelisten, the general tax lists. It is completely transparent who deserves how much. The media uses these lists to report on the richest citizens of the Lanndes. An article has also been written about Tom Hagen, which even – you do not believe it – shows a picture of the couple’s house and puts it online. According to the article Hagen is on the 172th place of the list of rich in Norway; he had a fortune of 1.8 billion crowns in 2018, which is about 180 million euros. Kidnapper literally invites such transparency of assets.

The really special thing about the Norwegian case is that the kidnappers do not ask for bitcoins, but Monero. Monero is a cryptocurrency that is almost completely anonymous thanks to Confidential Transactions and ring signatures. E24.no writes that this makes it impossible to know who sends what, and what makes Monero attractive to cybercriminals. In fact, Monero does not understand where payments are going, which is why the blackmailers can not only take Monero without being caught, but can spend it without being grateful.

For Monero this might not be good news. A cynic might think that demand for Monero is now rising. Pragmatically, however, this will hurt a legal acceptance of the currency considerably, as Monero is pushed even more into the cybercrime niche.