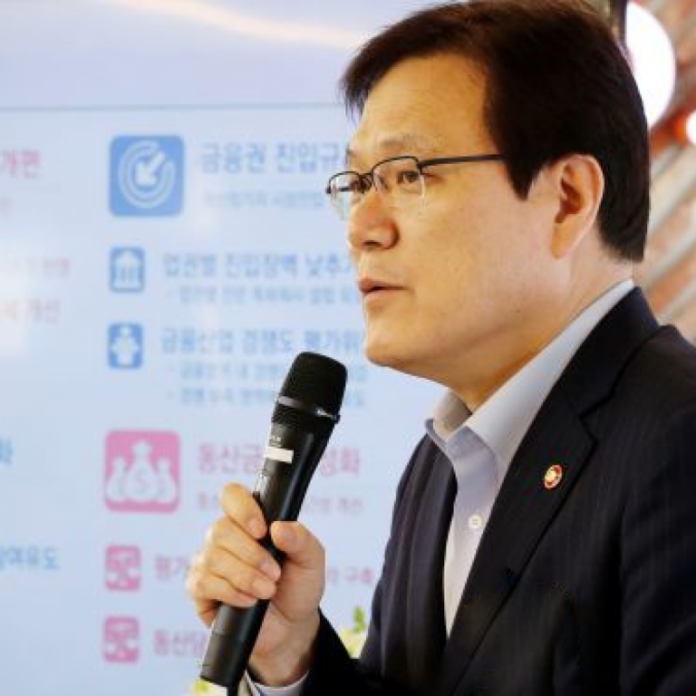 The South Korean government has clarified its position in response to the recent ruling by the country’s Supreme Court stating that cryptocurrency is an asset with measurable value that can be confiscated. The government says its position should be viewed separately from that of the Supreme Court. South Korea’s top financial regulator, the Financial Services Commission (FSC), has responded to the ruling by the country’s Supreme Court recognizing cryptocurrencies including bitcoin as assets, according to local media.

The head of the FSC’s cryptocurrency countermeasures committee, Hong Sung-ki, was quoted by Aktv clarifying:

The judgment of the Supreme Court and the position of government policy should be viewed separately.

Not Financial Assets, No Change in Regulations

The Supreme Court recognizing asset value and whether virtual currency is a financial product…is a separate issue. The Minister of Strategy and Finance, Kim Dong-yeon, was quoted by the publication confirming that “Virtual currencies such as bitcoin are not financial assets.”

While the FSC was quoted by Zdnet Korea admitting that “It can be said that there is property value,” the Commission insists that as for crypto regulations, “There is no change at all.”

Moreover, the financial regulator revealed, “We will closely examine the trends in the discussion of international cryptocurrency regulations such as the G20, and examine the institutionalization in Korea.” The FSC further noted that regarding “illegal acts related to virtual currency transactions such as money laundering,” the government “will respond seriously.”

Commenting on both the Supreme Court’s decision and the FSC’s response, an official of the Korean Blockchain Industry Association was quoted by Fnnews saying that it is a good judgment of the Court to recognize “the economic value of bitcoin,” adding:

The government and the National Assembly should pay attention to the ruling of the Supreme Court and plan a policy to incorporate cryptocurrency transactions into the system as soon as possible.

The association is currently working with the country’s cryptocurrency exchanges, including Bithumb and Upbit, to enforce self-regulation. Self-assessment is being conducted by the exchanges under the guidance of the association.

Do you think the South Korean government should pay more attention to the Supreme Court’s ruling? Let us know in the comments section below.

Images courtesy of Shutterstock and Newsis.