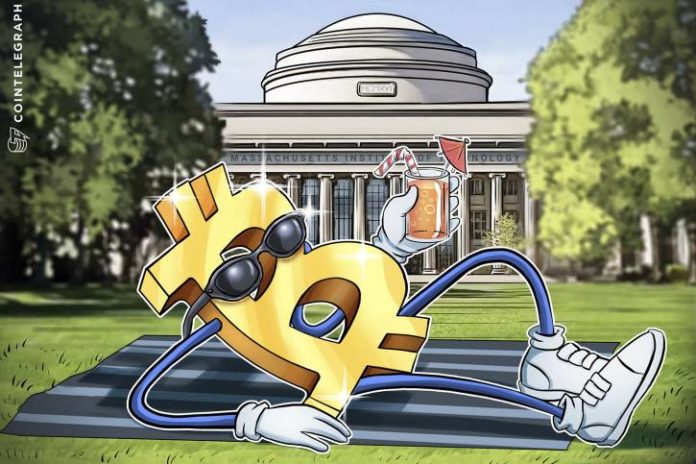 On April 24, the MIT Technology Review published an article with a catchy headline, titled “Let’s Destroy Bitcoin”. The Internet was quick to react: media and bloggers started to spawn news, features and videos, reacting to “MIT professors” who supposedly called upon action against the world’s biggest cryptocurrency.

The reality is much more mundane. First of all, a lot of people failed to recognize that whilst Technology Review is wholly owned by MIT, editorially it is independent from the institute, and therefore does not represent MIT’s official position. The article was not written, nor edited by a MIT professor – or, in fact, any MIT member of staff at all. Not to mention that there’s quite a few problems with the content of the article itself.

“Let’s Destroy Bitcoin” is a part of Technology Review’s special issue on the future of cryptocurrencies and Blockchain. In a letter named “A Technology in Turmoil”, the editor explains the concept behind this series, mentioning that in the midst of initial coin offering (ICO) crackdowns and decrease in cryptocurrencies values – when compared to their best months in 2017, “a casual reader of the news might be forgiven for thinking that Blockchain mania is over”.

He then introduces the concept of the article in question: “Morgen Peck draws out three futuristic scenarios in which Bitcoin, the original and still the biggest cryptocurrency, might become irrelevant, supplanted by rivals”.

Whilst it’s unclear why the headline of the article in question imitates a public appeal for bringing Bitcoin down, as if getting rid of the largest cryptocurrency is generally a good idea. It doesn’t help that essentially, the author substitutes the decentralized and anonymous currency with state and corporate controlled coins that run on altered versions of Blockchain.

The article starts with the author assuming that “while Bitcoin has established an economy in which it’s impossible to forge transactions, it provides no defense against replication of the idea itself”. Peck goes on to suggest that “no one can copy an individual Bitcoin, but anyone can copy the idea of Bitcoin” and outlines three scenarios in which “a government, or a corporation, or even ordinary people” might make Bitcoin “useless or redundant”.

Therefore, the main problem is that the state and corporations cannot achieve the levels of anonymity and security that Bitcoin currently holds. The first scenario portrays a government takeover of Bitcoin with the creation of a Federal Reserve-backed coin (Fedcoin):

“The year is two-thousand-something-big, and it’s the day your taxes are due. But you don’t file them. Instead an algorithm automatically makes a withdrawal from your electronic wallet, in a currency called Fedcoin.”

This new Blockchain would have verified financial institutions as the authorized nodes instead of peer-to-peer networks, “basically, trusted institutions,” according to a Yale undergrad Sahil Gupta cited in the article. Potential players that would act as nodes in this large, state-controlled Blockchain? “Things like Bank of America, JP Morgan”. It is unclear how Wall Street corporations that have been involved in corruption scandals might eliminate or even reduce the demand for decentralized cryptocurrencies, where there is no central authority controlling your assets.

Therefore, FedCoin sounds like “a digital dollar, expandable through administrative fiat like paper dollars”, as a Reddit user noticed. “No serious limit, unlike Bitcoin. And no immutable Blockchain either”.

The second option is basically Facebook quietly taking over Bitcoin. The social media outlet creates a BTC wallet for all of its users (“Facebook users wake up to find a new goodie tucked into their profiles: a little button that says “Send Bitcoin.”), rewarding them in the cryptocurrency for interacting with ads, and giving them an ad-free experience if they let Facebook mine on their computer’s unused power, similar to what news site Salon offered earlier this year.

“If Facebook could persuade a large enough fraction of Bitcoin users and miners to run its own proprietary version of the Bitcoin software, the company would thereafter control the rules. It could then refashion Bitcoin as a corporate version of the Fedcoin described above.”

Then, according to Technology Review, Facebook gets an opportunity to take control away from Bitcoin by issuing their own cryptocurrency, just like Telegram. Telegram however, is an encrypted app that is currently in the midst of war against Russian government demanding access to user messages, while Facebook is still under an investigation for privacy issues and data misuse.

Whilst it is possible that an average user might disregard the potential unsafety of a “corporate version of the Fedcoin”, hypothetically opting for the comfort provided by an integrated wallet – Facebook’s Messenger app allows to transfer money, although the choice of currencies and countries is strictly limited – such a currency can hardly be regarded as a solid substitute for Bitcoin.

Moreover, the mining option seems questionable as well. As a Reddit user puts it, “the argument that Facebook could use the spare cycles of their customers computers is about the same as saying a botnet could take over Bitcoin. At this point, regular computation that doesn’t involve an ASIC can’t do much of anything.” Another user agrees: “The third example they give, where Facebook starts mining using normal people’s computers, misunderstands how massively ASICs outperform ordinary computers. Zuckerberg’s army of botnet computers simply could not compete”.

Finally, the third way of making Bitcoin “irrelevant” is the creation of multiple new cryptocurrencies for every situation:

“You’re in the checkout line at the grocery store. Inside your phone’s digital wallet you find not only Fedcoin and FacebookCoin but also AppleCash, ToyotaCash, and a coin specific to the store you’re standing in. There’s also a coin redeemable for babysitting services, and another that gets you rides on your local subway system”.

This option, according to Technology Review, is “already happening,” as companies are creating their own coins or tokens to be used just for their services, like Kodak’s ICO to form a currency used to license photographs. Indeed, there are hundreds of ICOs and tokens being issued regularly these days, however, as with the scenarios described above, they still don’t substitute the idea of Bitcoin. We don’t stop regarding gold as an asset just because there are plenty of other luxury equivalents.

It seems that Technology Review’s author might failed to recognize the cultural value of Bitcoin, namely the security and anonymity it guarantees, implying that altered Blockchains backboned by a central authority are a efficient alternative to the world’s largest cryptocurrency. There are a number of scenarios, which can lead to the failure of Bitcoin and cryptocurrencies as an idea, as there is a never-ending discussion on these scenarios. Surely, none of them is in the MIT Technology Review text.