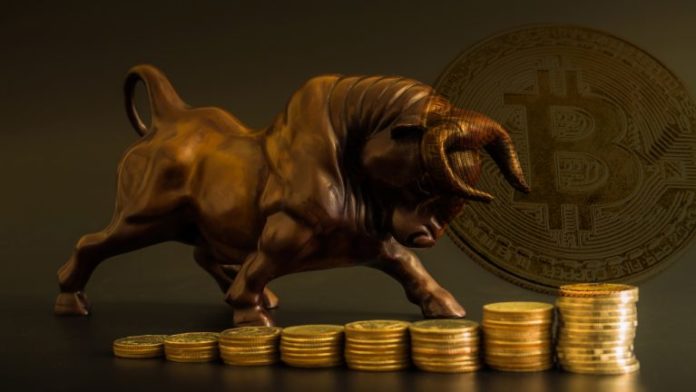 Cryptocurrency markets have been fluctuating quite a bit lately, as bitcoin and a number of crypto assets have been testing new resistance levels. The market valuation of the entire crypto-economy is hovering around $360 billion as a decent portion of the top twenty digital assets have gained 1-15% in the last 24 hours.

A number of digital currency enthusiasts have been focused on crypto markets, as prices started rising again during the latter half of the weekend. During the early morning trading sessions on Monday, bitcoin (BTC) had jumped a hair above the $12k zone.

However, BTC/USD prices slid 4% after reaching the $12k zone to the $11,500 region. The move filled a CME Group bitcoin futures price gap which was not filled prior to the weekend. BTC quickly moved back to the $11,700 position and again bitcoin bulls are pressing toward the $12k range.

Bitcoin cash (BCH) has been trading for just above the $300 range after touching a high of $308 during the early morning trading sessions. BCH is up 2% during the last seven days, 28% for the last 30-days, and 29.7% during the last 90-day time span. The cryptocurrency has around $779 million in 24-hour global trades and a $5.59 billion market capitalization.

Full-time trader Adam Mancini told his 53,000 Twitter followers on Sunday that he’s seeing an “excellent rally in bitcoin.” Mancini thinks that the next big stop will be around $15,000 after the crypto asset recently busted through a bullish pattern. “[BTC] broke out of a multi-year bullish triangle with force,” Mancini tweeted on Sunday. “Bitcoin may be the new kid on the block but the same old classic patterns that apply to all financial assets still apply. [The] trend is up with $15k next target.”

The CEO of Real Vision, Raoul Pal, is short on the U.S. dollar and “irresponsibly long” toward bitcoin according to a new interview published this week. Pal is extremely bullish toward bitcoin (BTC) and he thinks it’s better than precious metals, bonds, and traditional stocks.

“In fact, only one asset has offset the growth of the G4 balance sheet. It’s not stocks, not bonds, not commodities, not credit, not precious metals, not miners,” Pal said during the daily briefing. “Only one asset massively outperformed over almost any time horizon: Bitcoin. My conviction levels in bitcoin rise every day. I’m already irresponsibly long. I am now thinking it may not be even worth owning any other asset as a long-term asset allocation, but that’s a story for another day.”

This week Coinshares’ Investment Strategist, James Butterfill, published a research report which identifies bitcoin portfolio allocation. Butterfill details that a bitcoin (BTC) portfolio weight of 4% is optimal for a traditional 60/40 portfolio. BTC is a portfolio diversifier and historically it’s attractive due to being a driver of returns. “Gold has a similar impact in diversifying a portfolio,” Butterfill’s report notes. “Although, portfolio weights above 20% are required to achieve any substantive impact on diversification. Bitcoin is converse to this, with minimal weights having a far greater impact.