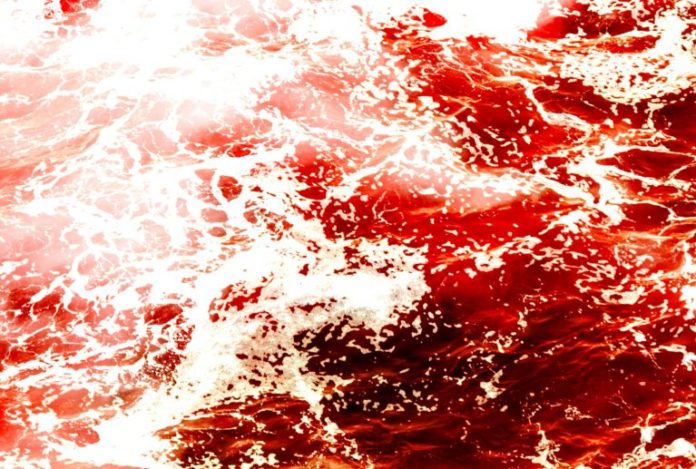 Digital currency prices have been dropping in value this week and on November 21 the entire cryptoconomy fell below $200 billion. At the moment, most cryptocurrencies are down between 4-12% in the last 24 hours and 10-25% over the last seven days. Traders are currently pondering what will happen next as prices haven’t been this low since May.

Also Read: The Bank of Google Wants Your Spending Data

Crypto Markets Swim in a Sea of Red

Crypto market prices have dropped substantially this week with much of the losses occuring in the last 48 hours. At the time of writing, the entire cryptoconomy is hovering around $195 billion after dropping below the $200 billion mark this morning. Global trade volume is flat with only $23.4 billion in crypto swaps in a 24-hour period. Right now BTC is swapping for $7,075 per coin with an overall market valuation of around $127 billion or 66% dominance. Most of the BTC trades today are with tether (USDT) which captures 75% of all action. This is followed by USD (9.53%), JPY (6.97%), EUR (2.39%), and KRW (1.34%) pairs against BTC. Over the course of the last 24 hours, BTC is down 10.2% and for the week it’s lost 18.2%. Behind BTC is ETH, which has lost 13% today and 20% for the week, trading at $146 per coin. XRP has seen little damage this week as each coin is trading for $0.23 and XRP markets are down 5% today. Lastly, tether (USDT) has bumped BCH out of fourth position because it commands more than two thirds of the cryptoconomy’s trades. Tether has a $4 billion dollar market valuation and $7.9 billion worth of trades today.

All Eyes on China

On November 21, The Block published a story that said “sources” told the news outlet that Binance’s Shanghai office was raided by the police. According to the report, roughly 50-100 employees worked at the Shanghai office. Many people attributed this news to cryptocurrency prices sliding southbound on Thursday.

However, not too long after the report, the Malta-based exchange Binance denied the police raid and claimed they never had an office in Shanghai. Now Twitter is seeing an argument between Binance CEO Changpeng Zhao (CZ) and team members of the crypto publication over the legitimacy of the article. Following the report, the finance bureau of Shenzhen municipality published findings on 39 unidentified crypto exchanges that will be inspected for illegal activities.

BTC Shaves Off Months of Gains

This week, Fxpro senior financial analyst Alex Kuptsikevich explained in a note to investors that “[BTC] has almost entirely offset the growth.” BTC managed to capture some fresh FOMO from China, Kuptsikevich said, but that fever is now gone. “Bitcoin has lost more than 5% in the last 24 hours and trades around $7,500 and the decline below the 200-day moving average opens the way to $5K, where the previous consolidation area is located,” Kuptsikevich emphasized. “The crypto community suggests that the fall may be due to the capitulation of the miners, which is considered an extremely bearish signal for the benchmark coin. It means that miners have to sell their assets to continue working or even have to exit the market. The last time Hash Ribbons indicator was inverted Bitcoin started the process of declining from $6K to $3K.” Kuptsikevich’s note to investors further stressed:

The good news is that at least for a while the sale has stopped. If there are no new selling impulses for some time, buyers may start looking at the asset. It is worth mentioning that the benchmark cryptocurrency is in a tight ‘institutional ring.’ These investors are not interested in the technical prospects of the asset, just in price fluctuations, whose triggers will differ. Still, they will have one thing in common: to make the majority move in one direction while opening the positions in the opposite. So it won’t be boring.

Despite the strong price downturn, cryptocurrency influencers and heavyweights believe digital asset prices will climb higher. Binance CEO Changpeng Zhao recently explained: “If you look at the fundamental technology and a longer-term view, across a five year or ten year horizon, we’re very confident the industry will get bigger and when the industry gets bigger the prices will go higher — If you look at the short term view, bitcoin and cryptocurrency is a smaller market cap instrument so there will be higher volatility.”

Bitcoin investor and venture capitalist Tim Draper believes that his prediction of $250k per BTC will still come to fruition. Discussing the subject at the Malta AI & Blockchain Summit, Draper said: “I think bitcoin payment processors are really going to open the floodgates.”

Back to the Norm?

After two days of crypto prices sliding, no one is entirely sure what is going to happen next. At the time of publication, the multifactorial crypto market sentiment analysis index called the Crypto Fear & Greed Index (CFGI) points to “extreme fear.” Many investors believe the price is just normalizing after a false spike invoked by China’s blockchain push. “This price drop is a technical move; this is where the price was before the news of China’s support of blockchain, which is not crypto,” Joe DiPasquale, chief executive officer of Bitbull Capital said on Thursday. “So, the price of [BTC] is simply returning to normal. However, more downside cannot be ruled out, since the recent drop has turned sentiments to negative.”

Disclaimer: Price articles and market updates are intended for informational purposes only and should not be considered as trading advice. Neither Bitcoin.com nor the author is responsible for any losses or gains, as the ultimate decision to conduct a trade is made by the reader. Always remember that only those in possession of the private keys are in control of the “money.” Cryptocurrency prices referenced in this article were recorded at 9.00 a.m. EST.

What Tone Vays Hates Most About Ripple’s XRP Token

If you’ve been following veteran cryptocurrency trader and analyst, Tone Vays, on Twitter or Youtube for the past six months,...