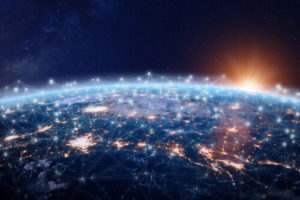 There is no doubt that regulatory matters have long been one of the cryptocurrency industry’s biggest issues. In such a fast-moving and innovative area, it is no surprise that lawmakers have struggled to keep up. This has led to frustration for the public, as well as for the industry innovators who are unsure how to proceed.

However, there is a new sense of hope on the horizon. This is because it has been revealed that Massachusetts authorities are working to make new crypto laws that should ultimately make it easier to invest in Bitcoin and other digital currencies like Ethereum’s ETH token.

The Current Situation in Massachusetts

William Galvin is the chief security regulator in the state and he is known for his no-nonsense approach to ICOs, as well as his claim that the Bitcoin currency doesn’t “pass the smell test”.

The legislators in Massachusetts are regarded as being not particularly welcoming to cryptocurrencies. Bitcoin has been described as a bubble and “worthless” by Galvin. In addition, the crypto regulators in Massachusetts have largely focused on the risks that they believe the public should be protected from, suspending several ICOs  for selling unregistered securities as a result.

With the US crypto market growing, we have recently seen the eToro exchange open its doors to American investors. Perhaps it is time for new legislation that makes it easier for everyone who is interested in the potential of the blockchain. With IOTA hoping to replace ICOs with smart contracts, the time could be right to make this space more accessible for everyone.

Current reports mention that a new working group has been set up in the Commonwealth of Massachusetts. Galvin is reported to be behind it, with suggestions that it is a form of olive branch to the industry as he looks to tidy up the regulation. He pointed out this idea will “help advise securities regulators on meeting the novel demands of this rapidly growing space”.

Named the Fintech Working Group, this initiative will help startups to better understand the local laws on securities. Their early priority is said to be on blockchain startups. They will be aiming to let new crypto companies get a better grasp on the matter of unregistered securities, among other things.

Among the members of the working group is Sharon Goldberg, who is the Founder and CEO of the Boston-based startup Arwen, which is in the crypto-security space. She has been quoted as saying that innovators in the crypto industry are currently restricted by fear, based on them not fully understanding the regulations in place.

Other members of the working group include former Banking Commissioner Steven Antonakes of Eastern Bank, Hugo Benedetti of Carroll School of Management, and John Beccia of FS Vector. In total, nine initial members have been announced.

What Can We Expect in the Future?

In recent times, there has been a clear movement to the West for blockchain innovators in the US. Places such as Arizona, Colorado, and Wyoming have all started to build strong reputations as being states where crypto innovation is welcomed.

However, the Eastern seaboard is currently seen as being a more difficult place to do business in this industry. Apart from the tough approach taken in Massachusetts, New York has also put in place an awkward process for getting a BitLicense. For example, the Robinhood trading app recently got approved for Bitcoin, Ether, Bitcoin Cash, and four other currencies in New York. However, other startups have struggled to get hold of the all-important license, with ShapeShift among the companies said to have left the state due to the tough regulations.

If the Fintech Working Group is a success, it could make a Massachusetts base more viable for new crypto startups to offer highly secure ICOs from. If they manage to protect the public and encourage innovation at the same time then that has got to be a good thing.

It appears most of the bearish momentum forming earlier today has evaporated once again. While it is evident most markets...