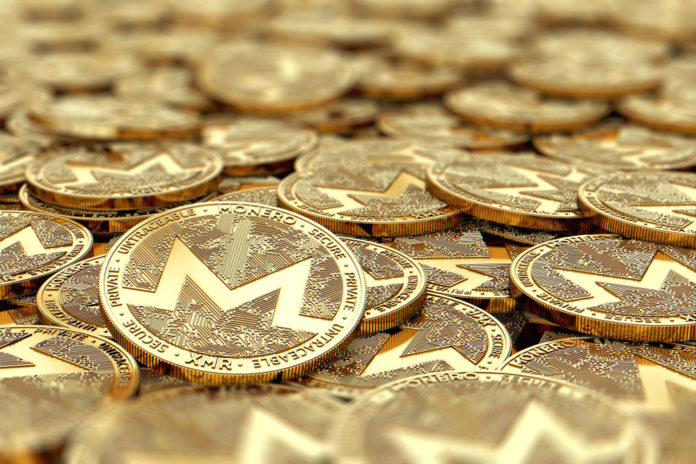 The transaction fees at Privacy Coin Monero are currently at their low. After the last update on October 18, the Hard Fork Beryllium Bullet has brought the network improvements in performance. The transactions are now cheaper overall and require less storage space.

Monero got another log update last Thursday, October 18th. The most important innovation of the Hard Fork Beryllium Bullet was the optimization of the Range Proofs, which are used in Monero in the Ring Confidential transactions. In short: Bulletproofs.

Roughly speaking, this is about ensuring that the sent units of the cryptocurrency are actually spent. True to the motto “privacy first”, however, it must be ensured at the same time that the true amount of the transaction is obscured. Without this mechanism, attackers could use special transactions to create new coins, triggering uncontrolled inflation.

In addition, the Hard Fork (which happens in the Monero network twice a year) should bring one thing above all else: transactions that require less storage space and are cheaper. That has now come true.

The average transaction cost of the Privacy Coin currently stands at $ 0.02 – as low as last in 2016. And that with currently 3,586,000 transactions. The transaction fees have fallen by over 90 percent since the Bulletproof update.

So Monero is currently turning into a cheap alternative when it comes to sending money. By comparison, Bitcoin’s average transaction fees are currently just under $ 0.38.

In the XMR course, however, the update at Monero was not noticeable so far. Although the XMR price rose briefly after the update from 107 US dollars to 109 US dollars. In the weekly course, he has nevertheless fallen by almost five percent. On a monthly basis, it is 13.36 percent that the XMR rate has to cope with losses. Currently, this is just under $ 105.

It goes to our course pages here.