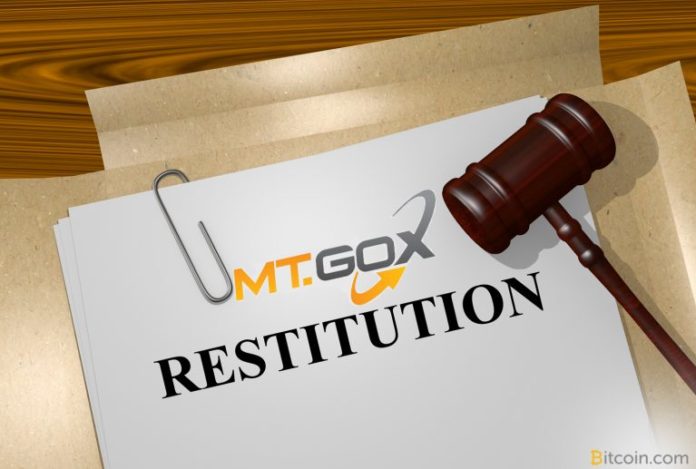 According to the official Mt. Gox website, creditors of the now defunct bitcoin exchange have one last chance to dispute their claims. The civil rehabilitation trustee, Nobuaki Kobayashi, has also explained the details surrounding the court’s decision to approve or disapprove filed claims.

It seems things are moving along with the Mt. Gox civil rehabilitation in Japan and on April 3, the court trustee published a letter to the long list of creditors. According to the published notice the trustee sent emails to all the users who filed exchange-related rehabilitation claims stemming from their contact email address. Nobuaki Kobayashi’s letter says that the emails detailed the “results of our approval or disapproval of their filed claims.” Approved and denied creditors have a right to dispute the claims of other creditors as well and these claimants can appeal the process.

To some creditors, this means the extremely controversial ¥1.7 trillion yen (US$16 billion) Coinlab claim can be contested. Contested claimants have until May 7 to protest objections to their claim or they will lose their rights as a creditor. In roughly two weeks, the submission deadline for the official rehabilitation plan will end but there is a chance that matters could be extended.

The trustee’s letter says there were a few reasons claims were rejected: a zero balance was found, balances were less than the claim, and certain claims tied to accounts are missing. There will also be a “self-approved claim(s)” process for creditors but these claims “will be handled differently from ordinary rehabilitation claims,” Kobayashi details. Depending on whether or not the submission deadline for the rehabilitation plan is approved or denied, claimants will be informed on how they can exercise their voting rights. As far as creditors getting some bitcoins back in the near future, the court still has no clue when this will happen.

Claimants who want to object to the trustee’s disapproval of their claim need to file an application for assessment with the court. The appeal process will require two copies of the claim assessment (one written in Japanese) and a copy of their photo ID to be submitted by May 7 as well. Creditors with access to the Mt. Gox online rehabilitation system can log in and view the results of approved and denied claims as well as the whole statement of approved and denied claims which details each decision.

The news stemming from Mt. Gox and the court trustee follows the recent Mark Karpeles case where he was found not guilty of most of the charges against him. The court in Tokyo did convict Karpeles of record tampering and he received a suspended sentence on that charge. However, Karpeles has stated that he is planning on appealing the conviction that he manipulated electronic data and told the Associated Press he “swears to God” that he is “innocent of all charges.”

The latest surge in Bitcoin price may have been caused by increased activity across the board as the number of...