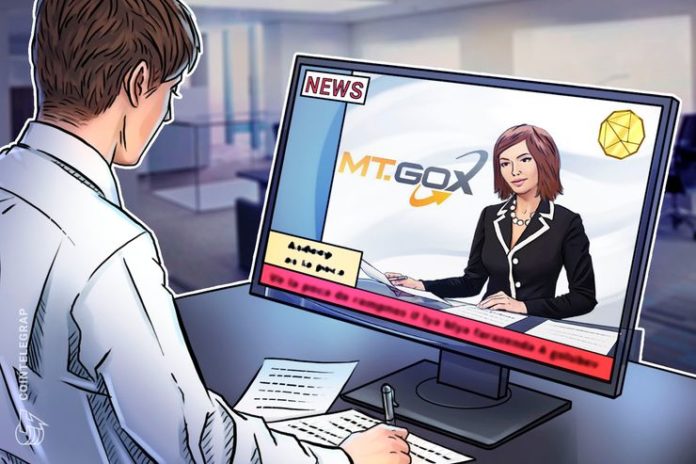 Today’s announcement follows upon an online system for individual (non-corporate) users that was released August 23, allowing them to file proofs of bankruptcy claims. The deadline for filing the rehabilitation claims is October 22, 2018, and the claims can also alternatively be filed offline.

The announcement has been signed by Tokyo attorney Nobuaki Kobayashi, who has been appointed to act as civil rehabilitation trustee to manage Mt. Gox’s bankruptcy estate funds.

Beginning Q4 last year, Kobayashi’s oversight of the selling off of vast reserves of BTC in order to reimburse affected Mt. Gox users had earned him the moniker of Tokyo’s Bitcoin Whale amid allegations the sell-offs had a conspicuously adverse effect on markets.

As previously reported, Kobayashi has since pledged to cease the sell-offs as the proceedings for civil rehabilitation began, with users now set to receive compensation in crypto instead of fiat currency. In early August, lawyers representing a group of Mt Gox creditors issued an update confirming that repayments would be made in Bitcoin and Bitcoin Cash (BCH).

As a Cointelegraph analysis has outlined, roughly 24,000 creditors are thought to have been affected by Mt. Gox’s hack and subsequent collapse in early 2014, which resulted in the loss of 850,00 BTC valued at roughly $460 million at the time. The incident remained the most infamous and titanic scandal in industry history until this year’s $534 million Coincheck hack.