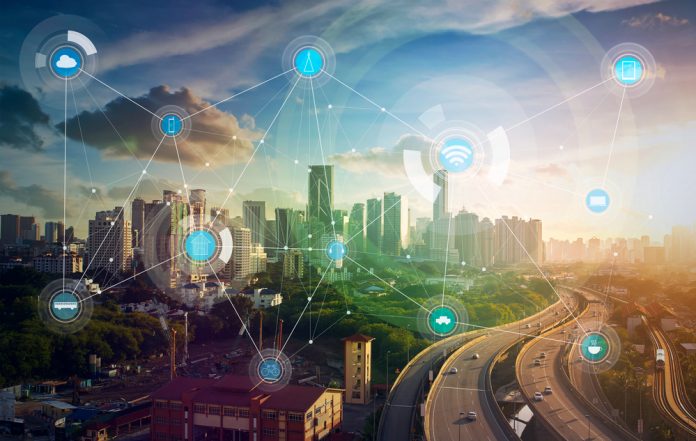 It should come as no surprise that the combination of blockchain and IoT can be used to enhance the delivery of data and its meaning.

Aside from being an efficient way to get the most out of what these technologies offer, they can be combined to achieve quantum leaps in the way systems are run. By ‘systems’ we mean innovations like smart cities. Everyone from government to citizens and private enterprises stand to benefit from being smarter.

A recent example is Waltonchains’ involvement with smart cities in China. If you’re thinking that the US is far behind or lagging in their own development and integration of using the Blockchain and IoT for its development, think again.

MXC, a blockchain and IoT startup has recently launched a pilot in NYC with Citiesense and MatchX to implement IoT sensors to gather and analyze data, in order to ultimately enhance the efficiency of NYC and other cities to follow.

The beauty of such technological advancements is that these use cases will have very real and direct positive results. They will enable cities, towns, and the like to operate more efficiently; saving taxpayer money and creating safer, better environments.

What’s more, MXC recently sent a letter of intent to TheThingsNetwork, a similar company in the space. MXC will now move towards implementing this integrated technology for use cases such as cattle tracking, smart irrigation for farming, and of course smart parking. With the possible integration of TheThingsNetwork, and other solutions such as Citiesense and MatchX, MXC will expand its footprint in this burgeoning market opportunity.

The advantage of having both the blockchain and IoT technology is to provide immutable data with intelligence. The blockchain component ensures that the data received is correct, and secured, while the IoT side enables that data to be sorted, analyzed, and turned into statistics that clients would find valuable.

Sounds like IoT and the blockchain are about to bring immediate change to improve the lives of many, one city at a time.