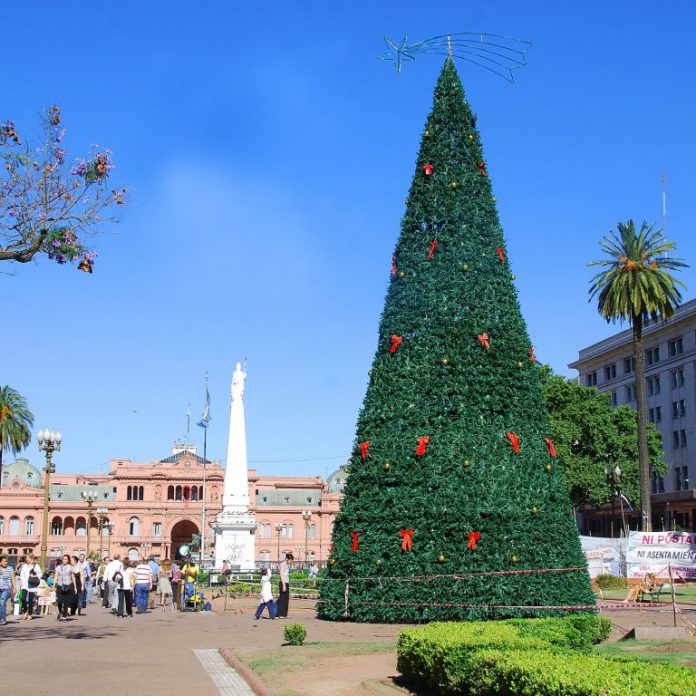 In this edition of The Daily, we focus on the growing number of bitcoin ATMs in Argentina. Five new devices have been installed recently in Buenos Aires. We also look at a report that Russia’s telecom watchdog plans to spend millions of dollars to restrict access to banned websites and services such as Telegram. And in Greece, the suspected BTC-e operator Alexander Vinnik has been hospitalized after a month-long hunger strike in prison. In a bearish year, cryptocurrencies have enjoyed growing popularity in Argentina, a major South American economy that has been through some hard times in the past decades. For example, the trade between BTC and the Argentine peso on the P2P platform Localbitcoins has seen rising volumes throughout 2018. It reached a record high of almost 9.5 million peso (~$250,000) in the week of Dec. 8, according to market data compiled by Coindance.

The number of teller machines exchanging fiat with digital money has also increased significantly and Argentina is now ranking among the countries with the most crypto ATMs on the continent, the Cripto Noticias news outlet reported. Since September, a company called Athena Bitcoin has installed five new devices in shopping malls and supermarkets in Buenos Aires. That brings the total number of bitcoin ATMs in the country to seven. Two other teller machines were installed in the capital city in 2017.

New BATMs have been popping up across the region this year, with dozens of devices now operating in countries like Colombia, Venezuela, Panama, and Mexico. 2018 has also seen the number of cryptocurrency teller machines around the world double to over 4,000 devices, as news.Bitcoin.com recently reported. Most of these ATMs support major cryptocurrencies such as BTC, ETH and LTC. The number of devices exchanging BCH has increased to almost 1,400. Roskomnadzor, Russia’s Federal Service for Supervision of Communications, Information Technology and Mass Media, is planning to acquire new technology to better combat banned websites and online platforms. The agency is ready to spend up to 20 billion rubles (over $500 million) on its implementation, BBC Russian Service has learned. Sources familiar with the project have been quoted by the media.

The report comes after a year of futile attempts to block Telegram, the popular messenger used by millions of crypto enthusiasts around the world. Its operator, founded by Russian entrepreneur Pavel Durov, is fighting a court decision to ban the service in Russia after it refused to hand over its encryption keys to the Federal Security Service, the country’s major security agency.

According to the BBC, Roskomnadzor is planning to use DPI (deep packet inspection) technology to improve its efforts to restrict access to Telegram and other banned platforms. Currently, Roskomnadzor is trying to curb traffic to these websites and services by blocking the IP addresses they use. This approach, however, has affected many other businesses that have nothing to do with the messaging app. For example, this past spring the regulator blocked around 11 million IP addresses and 20 VPN and proxy services offering access to Telegram. Despite the offensive, the messenger is still accessible in Russia and has even increased its users to 3.4 million. According to Russian media, Roskomnadzor may also use the technology to block access to unregulated crypto platforms such as digital asset exchanges.

Alexander Vinnik, the alleged operator of the infamous BTC-e exchange, has been hospitalized, his lawyer Timofey Musatov told RIA Novosti. Musatov wasn’t able to reveal any more details, but in the last week of November Vinnik went on a hunger strike to protest against prison conditions and violations of his rights by the Greek judiciary. The Russian IT specialist was arrested in Thessaloniki last summer on a warrant issued by the U.S. where he is accused of laundering between $4 and $9 billion through the now defunct crypto trading platform, including bitcoins stolen in the Mt Gox hack. His native Russia as well as France have also requested his extradition on charges of other crimes.

Last week, the Supreme Court of Greece ruled that Vinnik should be handed over to the French authorities. His defense team claims the extradition request filed by Paris has already expired. Vinnik himself told Russian journalists in the court room that he would continue his protest in case Greece decides to extradite him to France, Tass reported. He also said he had lost 9 kilograms of body weight since he started the hunger strike.

It should come as no surprise that the combination of blockchain and IoT can be used to enhance the delivery...