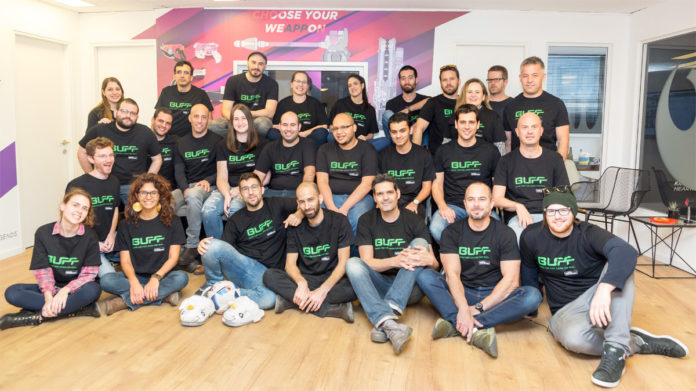 BUFF is a gaming loyalty platform, realised through a rewards based token economy. The decentralized BUFF platform creates a loyalty scheme where gamers can accumulate BUFF coins simply by doing what they love best – gaming. BUFF coins are earned through in-game progress and achievements, as well as amount of time spent gaming. For instance, getting a high kill streak in Dota2, winning a match, or simply playing for extended periods of time, will serve to build up gamers’ reserve of BUFF coins.

Through a network of partnerships, BUFF coin holders will be able to purchase virtual goods across multiple gaming brands, trade with other holders and convert BUFF coins into other currencies.

BUFF joining forces with Overwolf therefore signifies a huge step in the gaming industry. Overwolf is a world-leading provider in open software platform of apps for gamers, with more than 200 apps in its free Appstore. They also run a huge gaming community with 15 million monthly active users across mobile and desktop and have gained the attention of well-known organizations, such as Cloud9, Mobalytics and Logitech G, who have developed on top of the Overwolf software.

The partnership heralds Overwolf’s full integration into the BUFF loyalty program, where BUFF coin holders will be able to exchange their coins for Wolfcoins, which are usable for purchases across several leading games.

In addition to the partnership between BUFF and Overwolf, the team have on boarded Jay Cohen into their advisory team. As former President of Wargaming America, Jay is credited with developing and executing the business strategy and operations for one of the fastest growing brands in the gaming industry. With over 19 years of industry experience and a career filled with successful highlights to his name, Jay is a formidable addition to the BUFF team.

“BUFF’s partnership with Overwolf represents the next big step for the gaming world. By integrating Overwolf’s massively influential software into our platform, we can start to move forward with a fully decentralized and community-based loyalty scheme for gamers. This partnership is the start of a network that we will continue to develop, as we further advance the BUFF platform.”

“Overwolf are very pleased to be partnering with BUFF. The emergence of token economies and blockchain technology will have a great impact on gaming. By joining with BUFF’s project, we are taking a step towards incorporating these new technologies into our own service and ensuring that our fans are able to enjoy cutting edge developments in the gaming sphere.”

Gaming in 2017 was valued as a $109B a year market, with millions of users obtaining rewards and carrying out in-game purchases. The problem, however, is that gamers cannot reap the rewards of their gaming efforts. BUFF provides a solution to this by offering the world’s largest gaming economy running on a decentralized cryptocurrency : the BUFF coin.