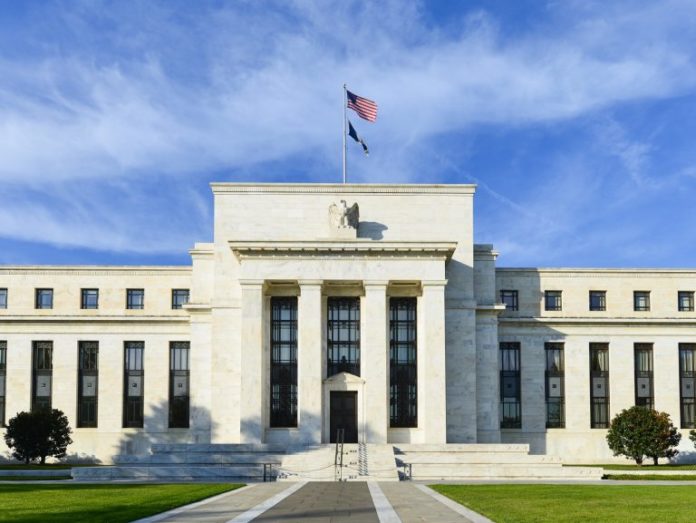 The United States Federal Reserve is looking to employ a Manager, Retail Payments, part of whose responsibilities will be to oversee the research of digital currencies and distributed ledgers. The job ad has been published amid pressure from Capitol Hill to explore the possibilities of issuing a digital dollar.

Also read: Why Central Banks Are Not Designed for Democracies

Geopolitics is a fast paced, high stake game and no major player can afford to ignore the surprising moves of their opponents. The Chinese leadership is now betting on blockchain while the People’s Bank of China is working on a digital yuan. Calls for a digital greenback, still the world’s main currency, have been issued in the corridors of power in Washington. This is all happening on the backdrop of a raging trade war with Beijing in which global dominance is at stake.

The potential benefit of integrating digital currencies into retail payments has caught the attention of the Federal Reserve. A job opening posted on Nov. 4 shows that the U.S. central bank is now planning to expand research in the field. The Fed’s Board of Governors is seeking to hire a professional who will be in charge for overseeing its Retail Payments Section. Facilitating financial and digital innovation is part of the job description. Candidates must bring at least a bachelor’s degree but a master’s or other advanced degree is preferred. They are also expected to have at least seven years of relevant experience. The position is based in Washington, D.C. and the Fed provides support for relocation. Although it’s a regular job, it involves a decent amount of travelling – 25% of the time according to the ad.

The new Manager, Retail Payments will direct the section’s routine activities and will be tasked to lead, develop and execute administrative supervisory duties for its staff. The annual salary for the managerial post will be between $120,600 and $250,700. The federal salary grade is low 28 – high 29.

The job posting further details that the Retail Payments Section oversees the Federal Reserve Banks’ check and automated clearinghouse services and deals with policy and regulatory issues concerning retail payment systems. Its head will be responsible for “Facilitating and contributing to innovations research including digital currencies, stable coins, distributed ledger technologies, and broadly financial/digital innovation in retail payments,” among other duties.

US Dollar’s Primacy in Jeopardy

The job announcement, which indicates the Fed’s interest in digital currencies, comes after recent media reports that America’s central bank is exploring the idea of developing a digital version of the dollar. Furthermore, at the end of September two members of the U.S. Congress sent a letter to the Chair of the Federal Reserve, Jerome Powell, urging the Fed to look at creating a national digital currency. Bill Foster (D-IL), chair of the AI Task Force and Congressional Blockchain Caucus co-chair, and French Hill (R-AR), ranking member on the AI and Fintech Task Force, expressed concerns that “the primacy of the US Dollar could be in long-term jeopardy” in competition from digital fiat currencies and their private sector equivalents. They asked a number of questions about the Fed’s current activities and plans regarding the potential development of a U.S. dollar digital currency.

The two congressmen cited a study by the Bank of International Settlements which found that 40 countries around the world are looking into developing or have already developed a digital currency. Their letter provides examples such as Sweden’s e-krona and Facebook’s Libra project while highlighting expectations that the Chinese central bank is going to launch a digital yuan as early as this year. According to an ad published in October, the People’s Bank of China is looking to hire six professionals with a background in cryptography and other tech disciplines to work on a digital national fiat.

Do you expect the U.S. Federal Reserve to develop a digital dollar? Share your thoughts on the subject in the comments section below.

The post New Hire to Head Digital Currency Research at the US Fed appeared first on Bitcoin News.