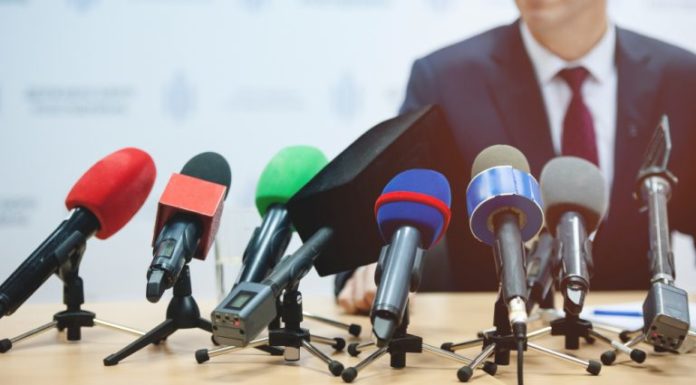 Negative interest rates have been making big headlines lately, as several countries and big banks are now experimenting with the unorthodox monetary policy. While typically viewed as a last-ditch effort to shock some life back into struggling economies, these policies are getting a shiny new spin thanks to mainstream media outlets promoting government talking points and agendas. Instead of facing the ominous problems of inflation and devaluation of money, now there’s a new solution: normalize the negative, and sweep the consequences under the rug.

Recently, news.Bitcoin.com reported on the current state of affairs globally in regard to negative interest rate policy (NIRP). More than ever, banks and national policymakers are experimenting with unorthodox cuts to interest rates, resulting in things like negative rate 10-year mortgage deals in Denmark, negative yielding bonds, bank closures and consolidations in Japan, and depositors being forced to move their money into alternative means of savings such as fiduciary call deposits. The problem is plaguing banks even in traditionally strong countries like Germany.

If quantitative easing is a hail mary attempt at stimulating a chilled economy, one might wonder why so many now view its long-term implementations as desirable. Former COO of Goldman Sachs, and former chief economic advisor to Donald Trump, Gary Cohn’s well-known quote comes to mind:

We’re in a currency war. One of the easier ways to stimulate your economy is to weaken your currency.

To most in America and elsewhere, strong money is a good thing. It encourages saving, and gives the consumer more purchasing power. To governments, however, who depend on credit, savings can be a threat. A population of hard-working savers means that politicians and bureaucrats are not getting their desired cut of the value being held, and are unable to spend for those things they deem necessary.

Further, deflation can be a natural signal that a market readjustment is needed to solve real value debt — not a call for the synthetic, centralized creation of more of the same. Now, even respected business publications like Forbes and Bloomberg are jumping on the NIRP bandwagon, and publishing articles attempting to normalize the devaluation of money. In an article published on August 8 in Bloomberg Businessweek entitled “The Non-Weirdness of Negative Interest Rates,” the author states:

Savers in Europe are having to pay to store their wealth. That’s not so crazy when saving is all too plentiful.

The piece goes on to detail how folks have to pay to store anything, and don’t mind paying a fee for a safe deposit box, so why should they complain when they’re charged to store cash? Individuals in NIRP countries and banking at NIRP banks should simply go along for the ride, for the greater good of the economy, and stop grumbling.

Ignoring that saving or spending is solely the prerogative of the individual value holder, and not an opinionated third party writing for a news publication, an even bigger error seems to be made. The author is correct in saying that negative rates are not weird, but for all the wrong reasons.

NIRP is to be expected in societies whose economies are being blasted by the devaluation inherent to Keynesian economics. Using a simple inflation calculator, one can verify the global trend for themselves. For example, $100 in 1956 would be worth $937.44 in 2019. 100 Japanese yen would be worth 607.57 yen today, and 100 Australian dollars from 1949 would have the current purchasing power of about 3,002.63 AUD.

Just because someone is forced to get more and more credit cards to pay for groceries and necessities as they descend into insurmountable debt doesn’t make those credit cards a good or normal thing. They may not be “weird,” but they are certainly not sound in the long run. The food is needed, but the debt is racking up exponentially, and will come home to roost, at some point.

On the same day Bloomberg published this piece, Forbes also published an article in the same vein, with a similar, sweep-it-under-the-rug type spin. In “Who’s Helped By Federal Interest Rates Cut? Start With Millennials,” contributor Jamie Hopkins lists four reasons that the July 31 Federal Reserve interest rate cut is good for young Americans. The reasons given all amount to — every last one of them — more debt. Reason number two is “Lower Mortgage Rates” and number three is “Credit Card Rates Could Drop.”

The Fed’s rate cut is the first since the global economic downturn of 2008-09, caused by easy mortgages and easy credit. One wonders why these top media outlets would publish views praising the very same causes and bad policies. To be fair, the aforementioned articles are both opinion pieces, but an austere, Austrian school criticism of these ideas via the same outlets doesn’t seem to be found anywhere. 2008 All Over Again, But Potentially Worse

With media narratives like these being pushed, and countries worldwide beginning to experiment more and more with slashing rates, it would seem stimulation could soon be quantitatively easing the world right into another severe financial downturn. This in combination with the continued attacks on the free exchange of sound, non-inflationary money, including secure cryptocurrencies worldwide, via FATF regulations and severe punishment of those trading outside legal channels.

Even in currently non-negative rate countries, the NIRP trend is catching on. For example, New Zealand Reserve Bank Governor Adrian Orr has his own ideas about coercing spending, stating in a recent interview:

Another one, of course, is a simple one, is saying: well, let’s remove the arbitrage between a negative interest rate and holding cash. Let’s tax cash holdings, simple as that: we’re back to monetary policy as usual; people are disincentivised to be holding large lumps of physical cash; they are having to think harder about putting money to work.

Taxing cash, cutting the cash rate, and eliminating 100 dollar bills. These ideas are all on the table in a country that has just cut its own interest rates 50 basis points last week. Should the global trend toward currency devaluation continue, it may not be long until another gigantic bubble looms over the world economy. This time, dwarfing the bubble of 2008. If it bursts, no amount of easy credit is likely to save the day. Still, governments and mainstream media worldwide have now begun to cheer on negative rates, pushing the policies on many who feel they have already found a better way via crypto.

What do you think about the normalization of negative interest? Let us know in the comments section below.

New Zealand Is A Good Place To Be Paid In Bitcoin

The New Zealand Tax Department has just issued guidance on salary payments made in Bitcoin and other cryptocurrency. This confirms that...