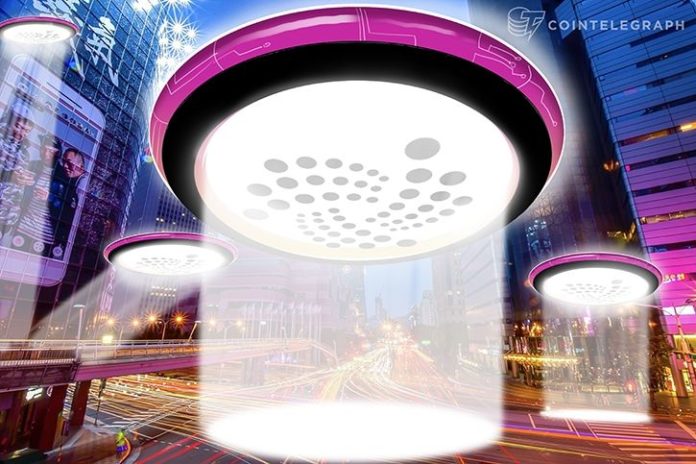 DNB ASA (Den Norske Bank), Norway’s largest financial services group, and the IOTA Foundation (IOTA) have signed a memorandum of understanding (MOU), according to a press release May 31. DNB and IOTA will now reportedly cooperate to explore applications of the IOTA Tangle, a “third-generation” distributed ledger (DLT).

According to the press release, the two parties will work together to find new business models across their respective industries. Lasse Meholm, Head of DLT at DNB, said that one goal of the project is better understand the technology and to let those at the bank who work with clients find opportunities for new use cases. Meholm added:

“Among other things, the technology is designed to handle hundreds of thousands of microtransactions per second. We will not let go of the market associated with this ecosystem that arises around these transactions.”

One of IOTA’s founders, David Sønstebø, said that he hopes this could soften the relationship Norwegian banks have on the crypto industry:

“I hope and believe it. The IOTA Foundation will contribute to separating useless crypto-projects from the serious ones.”

Earlier this month, a Norwegian crypto exchange lost its case against Nordea Bank for closing its account. Nordea initially closed the account of Bitmynt AS over concerns of inadequate anti-money laundering mechanisms.

DNB ASA, Norway’s biggest bank and one of the largest in the Nordic countries in terms of market capitalisation ($238 bln), had previously been researching blockchain technology through the R3 consortium. According to local news E24, DNB also has several ongoing projects with various technologies including Ethereum, Hyperledger, and EOS.

Earlier this month, JP Morgan Chase & Co. filed a patent for blockchain-powered peer-to-peer payments between banks. JP Morgan’s patent application proposes using a distributed ledger to process payments in real-time, without having to rely on a trusted third party to hold the true “golden copy” of the audit trail.