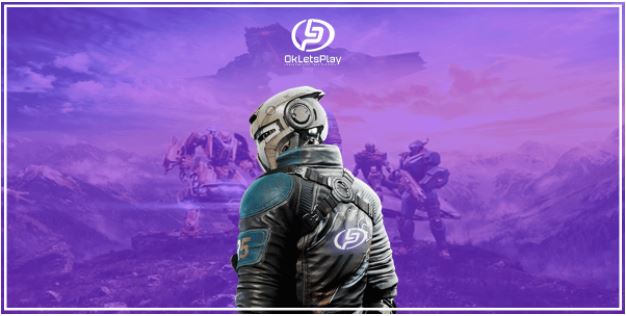 Founded in 2017, OkLetsPlay is an online eSports platform that takes competitive gaming to the next level. The platform has already hosted 9,000 users in more than 4,000 games and 200 tournaments. And while the gaming platform has already built a loyal customer base, it is about to receive a cutting-edge boost from a $2.1 Trillion market.

With a community of players, streamers, influencers, next-level competitors and everyday players showing off their skill, OkLetsPlay is ready to catapult any player, community or brand into the world of competitive cash gaming. OkLetsPlay holds a published patent, continuation applications and PCT filings for it’s Peer Wagering Module patent portfolio. Using an out of game peer wagering module offers numerous benefits when comparing against competitors like Skillz who operate in the same space. 1) It does not alter the original game or slow it down in any way. 2) It allows cross platform wagering between mobile, browser, PC and console gaming machines.

eSports is short for “electronic sports”. Some of the most notable examples of eSports tournaments are those played on games such as Dota, League of Legends, Call of Duty, Counter-Strike: Global Offensive, and Overwatch, among others.

Unlike traditional gaming, eSports possesses an engaging spectator element to it. eSports has also become very attractive to investors, due its popularity and rapidly expanding market.

Games of Skill Versus Gambling

A common misconception is that gambling and games of skill are very similar.

A game of skill is different – it is any game where the outcome of said game depends on the players skill rather than chance. OkLetsPlay focuses on games of skill, so that there is no element of gambling involved.

While the OkLetsPlay platform offers a challenging and rewarding gaming experience, their next innovation is not in gaming but fintech. While not necessary for the platform itself to exist, there is one final element set to convert the eSports universe into a truly game-changing experience for players.

A marriage made in heaven—gaming and crypto, was covered at length recently in Crypto Daily. And now the OkLetsPlay platform is launching its own cryptocurrency – OkLetsPlay (OKLP) token. OKLP is a utility token with immediate utility on the built and ready OkLetsPlay platform. It offers immediate benefits for gamers on the platform. The OKLP token is minted on the Polygon blockchain, so it has all the utility and benefits of the Ethereum blockchain, with the added security and benefits of the Ethereum-compatible Polygon blockchain.

Players can participate in private matches or multiplayer tournaments using fiat currency as well as cryptocurrency.  Gamers who make use of the OKLP token, can receive rewards such as lower service fees, in-app discounts, win multipliers and other advantages.

An analysis of these broader markets reveals:

Both crypto and gaming look set for exponential growth, and the above market data overwhelmingly shows that the union of crypto + gaming is just getting started.

OkLetsPlay and the OKLP token now offer investors a unique opportunity. There are many investors who wished they had invested at the beginning of Skillz or AXIE Infinity. With the upcoming OKLP token sale, they once again have the opportunity to get in at the ground floor.

As its passionate community of players and builders continues to grow, the gaming industry is gearing up to make virtual competitions more mainstream. With its patented tech, and the wind at its back, OkLetsPlay is well situated to gain market share in the eSports and casual mobile gaming markets, paving the way for expansion as their ecosystem evolves.

OkLetsPlay will aim to outgrow the other big players in the space such as Skillz, and with investment industry leaders such as Cathie Wood taking a keen interest in the space, with ARK Invest’s recent purchase of more Skillz stock, more and more eyes are following along with baited breath! Watch this space!