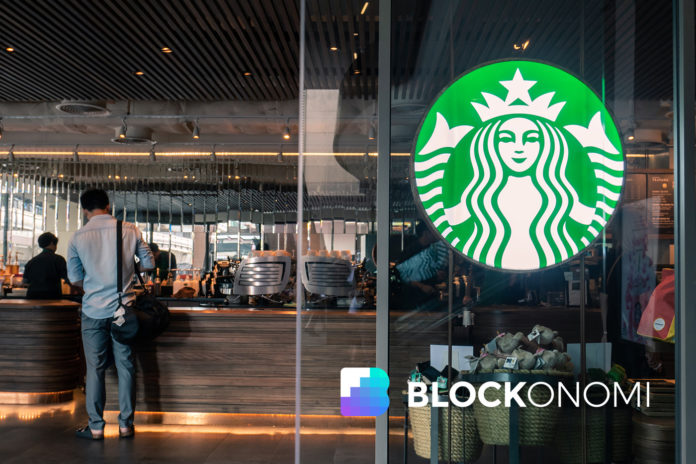 As Starbucks shops are preparing for the integration of Bakkt, the famous coffee shop’s customers will have the opportunity to pay for their favorite coffee with bitcoin (BTC); however, tax returns might represent a serious problem to the functionality of the crypto-based payment system.

The point of mass adoption in terms of accepting cryptocurrencies as alternative payment methods across various retail shops comes down to the case of spending your digital assets as quickly as fiat.

In the meanwhile, many shops started to accept bitcoin alongside several cryptocurrencies, but the mass adoption is yet to bring the cryptos to mainstream as the majority of businesses accepting crypto as an alternative payment method are said to be small and medium companies.

This case might soon see serious changes as Starbucks most recently received significant equity in Bakkt, although the coffee giant is not holding any cash investments in this cryptocurrency ecosystem.

As reported by The Block, Starbucks is currently working on designing and developing an application and a card that will allow the coffee magnum to become “Bakkt’s first merchant-on-platform”.

Initially, only the customers based in the United States will be able to use bitcoin to cover their coffee bill at Starbucks.

The equity stake was issued after the partnership between Starbucks and Bakkt was made official, while Starbucks agreed to allow bitcoin-based payments in return. The partnership announcement was in the meanwhile postponed as the companies were waiting for the decision from CFTC.

SCOOP: @Starbucks received significant equity in @Bakkt in return for commitment to allow bitcoin payments in store in 2019 [GENESIS] via @i_woodford https://t.co/OBZE1vOzeo pic.twitter.com/rPqXXZVNlU

However, although the recent partnership with Bakkt brought bitcoin to Starbucks as one of the available payment methods, the famous chain of coffee shops doesn’t actually accept direct deposits in BTC, which means that during the payment, BTC is being exchanged to US dollars as enabled by Bakkt software.

In this case scenario the most significant obstacle is the fact that this type of payment processing mechanism calls for tax reporting for the coffee you are buying, which is why some Twitter users are reminding crypto enthusiasts that all Starbucks customers paying with bitcoin will be required to count the capital gains on every cup of coffee bought with BTC.

Reminder that if Starbucks does accept bitcoin at some point, you will be required to calculate capital gains on every cup of coffee you buy https://t.co/nMZLGJTfc4 We are trying to change that

Although the coffee giant is making a step that could be categorized as a significant leap towards the mainstream adoption of bitcoin, and possibly other cryptocurrencies likewise, Starbucks customers who wish to pay for their coffee with bitcoin might face some difficulties due to the tax reporting.

Is Paying Your Coffee with Bitcoin (BTC) Worth the Trouble?

Back in 2014, the IRS published guidance on the subject of cryptocurrency where it is clearly stated that virtual currencies are to be treated as property, while all generalities included in the principle on paying taxes on the property will likewise be applicable on cryptocurrency-based transactions.

Just as capital losses can be redeemed through tax filings, capital gains on the coffee purchases also need to be covered within taxation, which makes bitcoin-based purchases at Starbucks perhaps a bit too much to handle for an average crypto enthusiast craving for a latte.

The post Paying for Your Coffee with Bitcoin at Starbucks: Is It Worth It? appeared first on Blockonomi.

A new week dawns upon the cryptocurrency industry and there is plenty of bearish market pressure to go around. Although...