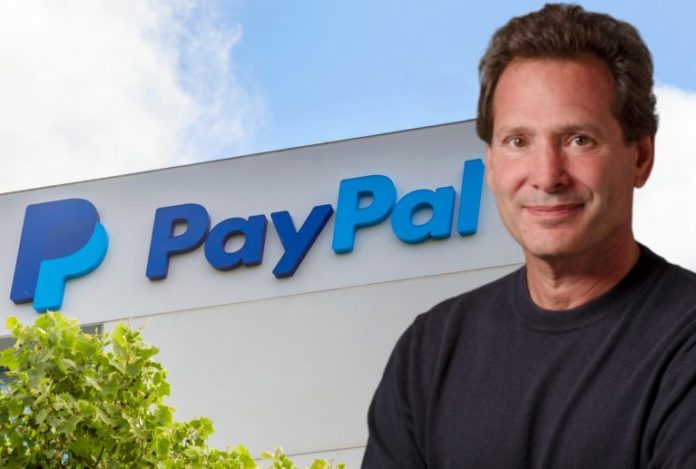 The CEO of Paypal, Daniel Schulman, has revealed in an interview that he personally owns bitcoin. He also talked about Paypal’s plans regarding cryptocurrency, how to achieve mass adoption, and why Paypal decided to leave Facebook’s Libra project.

Daniel Schulman, the president and CEO of Paypal, admitted in an interview with Fortune last week that he personally owns bitcoin. He joined Paypal in 2014 to lead it as an independent company from Ebay Inc.

Schulman was asked numerous questions regarding his crypto investment, Paypal’s crypto projects and the company’s decision to exit the Libra project. As for his own crypto holdings, the publication asked: “Do you personally own any cryptocurrencies?” The CEO promptly replied:

To clarify that he only owns one type of cryptocurrency, the publication further asked, “Only Bitcoin?” The executive confirmed, “Only. Yes.” However, he did not reveal how much he owns.

Paypal is also working on its own crypto projects. CFO John Rainey said earlier this year that the company had teams working on blockchain and cryptocurrency. Fortune asked the CEO if he could share some details of the projects Paypal is working on. However, he replied: “Yes and no. Some of this is competitive, and we don’t really want to,” but noted that what Paypal is working on is “not necessarily competitive with Libra.”

Emphasizing that cryptocurrency is “still very volatile,” the CEO revealed, “we don’t have much demand for it by merchants because merchants operate on very small margins.” He continued: “Until it becomes less volatile, it won’t be a currency that is widely accepted by merchants on the web — not the dark web, but the web.” Schulman elaborated:

That doesn’t mean that I don’t think crypto is an interesting idea and that people are trading it quite a bit. It’s more commodity-like than it is cash-like right now. But you can think of use cases in different countries and different places where it can be more stable than the alternatives. In addition, Paypal has filed a number of crypto-related patents. While the company has yet to announce any crypto projects, Piper Jaffray analyst Jason Deleeuw believes that the timing of the patent application, coupled with company announcements, “suggests that any near-term solutions by Paypal to make crypto merchant payments scalable may have been de-prioritized.” A spokesperson for the company said last year, “we are interested in any technologies, processes or applications that have the potential to enable our mission of financial inclusion.”

Before Schulman took over as the CEO of Paypal, Facebook’s Head of the Libra project, David Marcus, ran the company. He left Paypal on June 27, 2014, to lead the social media giant’s messaging products. When Facebook announced its plans for the Libra digital currency project in June, Marcus visited his former company to talk about the project. Initially, “he framed it in ways that were appealing to us about financial inclusion,” Schulman told Fortune. However, as more details were revealed about Libra, the Paypal team realized that the project had many more things left to do and Paypal was already working on its own project to achieve a similar goal. After much deliberation, the company concluded that “if we focus on our own roadmap, we’d be able to advance financial inclusion faster than if we put all these resources against Libra,” the CEO shared. “It wasn’t an acrimonious divorce or anything like that. It’s just that they will start going down a road that we’re very interested in looking at and monitoring, and maybe later, there are ways we can work together. I wish them the best of luck on it.”

Schulman additionally claims that the regulatory burden Libra is facing was not the reason driving Paypal away from the project. “That wasn’t really what spooked us on it,” the CEO elaborated. “It was just about, ‘Where do we want to put our attention, and what do we want to do today to advance our mission?’ Once they start figuring things out, we’ll take another look at where they are.”

What do you think of Paypal’s CEO owning bitcoin? Let us know in the comments section below.

Bitcoin Cash (BCH) supporters have been introduced to two new concepts that allow people to leverage the BCH network in...