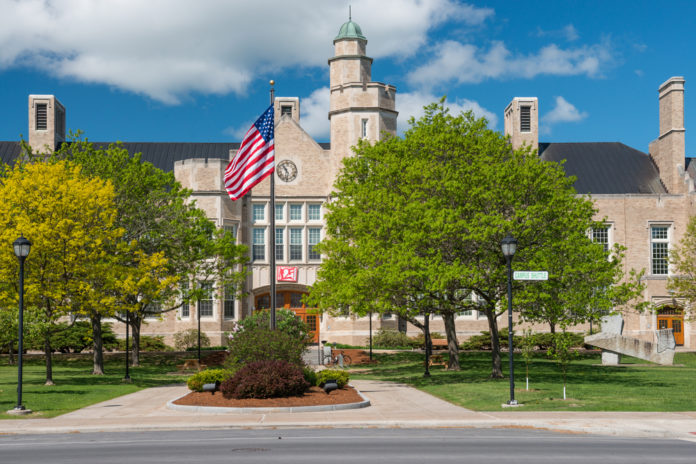 The city of Plattsburgh in the state of New York offers businesses particularly cheap electricity. This gives Bitcoin miners an incentive to settle here. The city is now reacting to the increased energy consumption and bans the settlement of other companies for crypto-mining. It is the first US municipality to do this.

According to Mayor Colin Read, Plattsburgh has the cheapest electricity in the world: 4.5 cents per kilowatt hour pay residents of the city for electricity from the local hydroelectric power plant – less than half of the US average. That should attract companies who then create new jobs. However, the idea did not go as planned: the new cryptocurrency mining companies brought little new jobs to the city. As the power of its own hydroelectric plant is limited, the city has now decided to ban an expansion of this industry, writes Motherboard.

Plattsburgh has only 104 megawatt hours of cheap electricity per month. Ten percent of it was consumed by the largest local server farm in a Bitcoin company in January and February, a company called Coinmint in Puerto Rico. If the city surpasses its electricity budget, it has to buy electricity from the outside and this becomes expensive for the end consumer: In January, all citizens of the city had to pay between 100 and 200 dollars. The profits of Bitcoin miners thus arise at the expense of the inhabitants.

The existing mining companies may continue to work and work in Plattsburgh, but have to deal with the city. If capacity has to be expanded in 18 months at the end of the contract, solutions for energy consumption and its payment must be found by then. And there are already suggestions for this: For example, that the Bitcoin business should pay for electricity surpluses, which occur especially in winter. Politicians and industry now want to negotiate corresponding plans in order to find an acceptable solution.

The Storiqa project, founded in early 2017, revealed to the community an idea of a quick-to-setup marketplace with minimal financial borders...