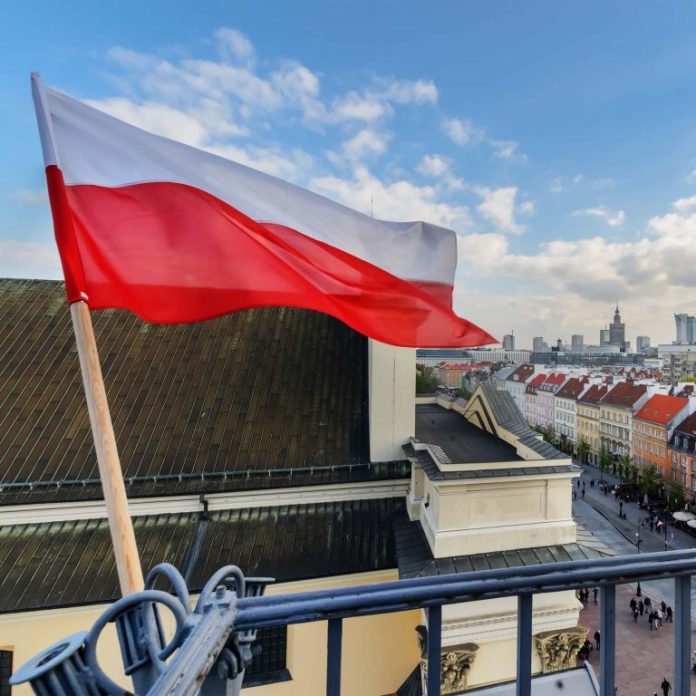 Authorities in Poland have realized how inapplicable their decision to tax all crypto transactions really is. A high-ranking official from the Finance Ministry said in an interview that his department “accepts the irrational effect” of the tax it wanted to levy on every purchase and sale of cryptocurrency, regardless of their profitability. Other reports suggest that Warsaw has no intentions to strictly follow the letter of the current tax law before it develops a comprehensive approach towards the crypto sector.

Also read: The Government Dilemma: How To Tax Something One Pretends Does Not Exist

The Polish Finance Ministry intends to issue a new regulation to “temporarily abandon” the tax on transactions with virtual currency. It also plans to carry out “in-depth analysis” and prepare “system solutions” to regulate this particular economic space. The move comes after an interpretation of the tax code in April prompted angry reactions from the country’s crypto community, an online petition, and even protests in Warsaw.

“The Ministry of Finance has accepted the irrational effect of the PCC tax on cryptocurrencies,” Deputy Finance Minister Paweł Gruza recently told Business Insider Polska. He was commenting on his department’s decision to impose the Polish “Civil Law Transactions Tax” (PCC in Polish) on all crypto transactions. “So far, the Ministry hasn’t done anything about the PCC, except for recognizing cryptocurrencies as property rights, which automatically means obligation to pay the civil law transactions tax,” he noted. Gruza was referring to a controversial decision to tax crypto incomes and profits, which was announced less than a month before the end of the tax campaign in Poland on April 30. In an official position published last month, Ministerstwo Finansów said that Polish residents should report on their tax returns all revenues from trade and exchange for cryptocurrencies like bitcoin, litecoin and ethereum.

The notice reads that crypto incomes and gains are subject to personal income tax in accordance with the current tax legislation. Moreover, the ministry insisted that all purchases and sales of cryptocurrency, considered transfers of property rights, should be taxed regardless of the profit or loss made. The tax rate for these so called “civil law transactions” is only 1%. However, as it does not depend on their profitability, traders could potentially lose all their funds to taxes. A recent update, quoted by the Polish Press Agency, indicates that the ministry has had a second thought on the subject:

Taking into account the specificity of trading in virtual currencies, which boils down to trading these property rights through their purchase, sale and exchange, and therefore entering into multiple sale and exchange contracts, the entity that trades the virtual currency may be required to pay tax in an amount that often exceeds the funds invested.

As a consequence of this realization, plans to tax crypto transactions have been abandoned. The new regulation on the matter is expected by June 15.

Protesters Gather in Front of the Finance Ministry

The initial interpretation of the Polish tax law, which has not been updated to encompass cryptocurrencies, quite expectedly drew negative reactions from the Polish crypto community. Its members immediately organized an online petition blaming the government for effectively restricting access to the growing cryptocurrency market. The tax regime was imposed without any consultations with the affected parties.

There are indications that the strong backlash was the main factor that forced the Finance Ministry to rethink its position. After meeting protesters in front of the ministry last month, Deputy Finance Minister Paweł Gruza announced: “There will be no PCC tax on trading of cryptocurrencies before any final solutions are worked out, which will happen in no less than two years. However, we maintain the obligation to settle the personal income tax, while working on temporary solutions.”

Mr. Gruza also said that “unfortunately” those who had already paid the civil law transactions tax, would not get a refund. “We are working on legislative solutions to solve this problem,” he assured. The official added that a working group has been set up to develop “simple and transparent taxation rules” regarding cryptocurrencies. According to the Polish outlet Kryptowaluti, there is hope that the upcoming legislation will exclude the PCC tax. A new law is expected to “rationalize” the income tax regime in Poland, as well, which currently has a progressive scale with two brackets – 18% for annual incomes of up to PLN 85,528 zloty (€20,400), and 32% for those above the limit. The changes should be introduced next year. Some reports suggest that Polish crypto investors may be granted additional tax exemptions in that respect, although there has been no official confirmation of that.

On the contrary, the track record of the Polish government so far proves a rather hostile attitude towards cryptocurrencies like bitcoin. Earlier this year the executive branch of power in Warsaw approved a draft law aimed at bringing cryptos under the traditional anti-money laundering and counter-terrorism financing provisions of the Polish legislation.

Financial authorities in Poland have been accused of spending taxpayers’ money on smear campaigns against decentralized digital currencies in at least two occasions. Recently, the country’s Financial Supervision Authority (KNF) issued a new tender order to plan and conduct a campaign aimed at “building awareness” for the risks of investing in cryptocurrencies, listed alongside pyramid schemes and unsupervised forex activities. Earlier this year, it was revealed that the Central Bank of Poland and the KNF had paid a popular Polish Youtube network to produce anti-crypto videos.

Do you agree that the strong reaction of the Polish crypto community is the main reason for the decision to abandon the tax on crypto transactions? Share your thoughts in the comments section below.