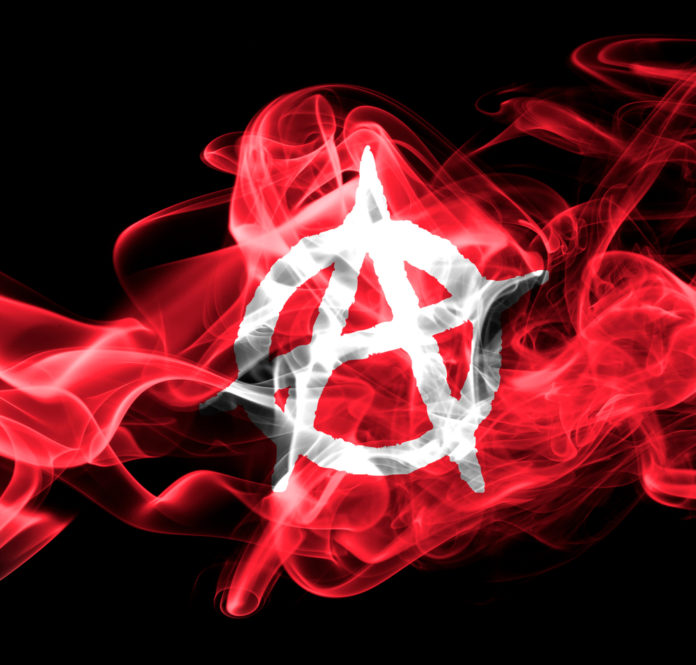 Cryptocurrencies are a controversial topic in the mainstream. Bitcoin and competitors are repeatedly criticized by the regulators. So you could use the digital currency for terrible things. The financing of terror or the purchase of drugs and weapons are often given as examples. But are cryptocurrencies really a threat to humanity – or the chance for a fresh start?

Mahatma Gandhi peacefully led India out of the British yoke with the slogan “First they ignore you, then they laugh at you, then they fight you, then you win”. The principle of non-violent protest can also be applied to cryptocurrencies.

Bitcoin and the Cypherpunks

Bitcoin has its origins in the 20th century Cypherpunk movement. The revolutionary discovery of asymmetric cryptography heralded a new era. For most people this development will have been unimpressive, but the importance of the new encryption method can not be sufficiently emphasized. For the first time it was possible for people of all kinds to encrypt information so that only the intended recipient could decipher the message.

At the beginning of the 1990s, Cypherpunk Timothy C. May wrote the “Crypto-Anarchic Manifesto”. May explained that a new era had dawned where people could regain their true freedom and independence. In addition, May prophesied the implications of technological advances as a revolution in the social and economic sense.

At the same time he already made it clear that this technology can and will be used for bad things.

“The state will, of course, try to slow down and stop the spread of technology, under pretexts of national security, the use of technology by drug traffickers and tax evaders, and fear of social decline. Many of these concerns are justified; Crypto-anarchy allows the free trade of state secrets and other illegal materials. An anonymized computerized market will allow even heinous markets for contract killers and blackmail. […] But that will not stop the spread of crypto-anarchy. “

Bitcoin was a child of this movement and realized a fundamental principle of Cypherpunks. Not least, Satoshi Nakamoto published the first ideas on the Cypherpunk mailing list. Bitcoin is a state-neutral means of payment for the time of the Internet. However, Bitcoin does not fulfill all aspects of the Cypherpunk’s vision.

Bitcoin is a digital currency whose transaction history – the so-called blockchain – is completely transparent. In other words, anyone can use a block explorer to look at the numerous transactions and draw conclusions about the network participants. But Bitcoin was only the first of all cryptocurrencies and solved above all the problem of “double-spending”. There are now many alternatives and competitors.

Monero is the strong contrast to Bitcoin. Instead of a completely transparent blockchain, the Blockchain Moneros is completely opaque. In other words, an observer does not learn about the operations of the network when viewing the blockchain. Nobody, except the parties involved, knows who’s dealing with whom. With this functionality Monero is a popular means of payment for anyone who wants to keep their financial transactions secret.

This is not a distant vision, but a tangible reality.
The cat is out of the bag

Depending on the perspective, this development may seem good or bad. For the established financial elite, such currencies are offensive. Because our money has changed from a means of payment into a control system. Banks can not only see their customers’ cash flows, they can also freeze accounts and censor payments. This is a considerable power, since in many places you are excluded from the economy if you do not have a working bank account. Monero takes control of the hands of a small group of people and gives them back to the users.

Similar to the Internet itself, this technology can not be stopped. The Internet was designed to operate on the West Coast even in the event of a nuclear strike on the US East Coast. Likewise, Bitcoin and Monero can not be turned off. Finally, cryptocurrencies consist of a global network of participants who individually execute computer code on their computers. In other words, the fight is already lost – or won, depending on your perspective.

“First they ignore you, then they laugh at you …”

Bitcoin’s promise to be independent money on the Internet sounds so strange the first time that the involuntary reaction is laughter: “What? A currency on the internet? That can not work – that will not replace our current system! “. But even if Bitcoin has experienced one or the other risky moment (for example, the bankruptcy of Mt.Gox in 2013), the digital gold still exists. Slowly the realization seems to have arrived that this Internet money came to stay. Doubters à la Jamie Dimon, Warren Buffet and Bill Gates have not yet fallen silent, but are now positioning themselves more diplomatically.

Although cryptocurrencies have not yet arrived in the middle of society. However, it is already clear that they will not disappear into the depths of the internet where they came from. This realization seems to be slowly adjusting to the established financial world – and the Treasury is awakening. How do you want to proceed against cryptocurrencies?

If you look closely, you will slowly notice movement on the part of the regulators. The EU adopts requirements for crypto exchanges, according to which customer data must be stored for up to 10 years. The Japanese tax authority, FSA, does not grant licenses to exchanges that have listed private crypto currencies. The pretext for regulation is the prevention of money laundering and terrorist financing. One would like to decrypt cryptocurrencies successively in order to bring the new technology under control. The fight against decentralized technology has begun.

Even though Bitcoin’s first purchase today (22 May 2018) was two pizzas eight years ago, the use of digital money has not been so innocent for long. Nearly a year later, the darknet market “Silk Road” was able to acquire all sorts of (and impossible) things: drugs, weapons and other illegal goods were freely available for sale. All this happened on the Internet – or rather Darknet – without any state control. Even after the Silk Road was spectacularly exposed and stopped, the trade in illegal goods could not be stopped. Just like the heads of Hydra in Greek mythology, new pages from the Internet just grew. The market did not stop.

Nevertheless, one often hears the argument that one should not allow such markets. This statement implies a bureaucracy that is able to keep the economy under control. In other words, what is required is a monetary system which, in addition to its function as a means of payment, also grants control over the same to a central authority. Control means being able to see and allocate all cash flows, censor payments, if necessary, or even completely freeze / liquidate accounts. Means of payment that are outside of this control may not be allowed. This demand should not be taken lightly, as it represents a massive intervention of the state’s hand in the economy and in the privacy of the individual.

A look at the facts of the world today: asymmetric cryptography is here and there. The logical implications and resulting technologies are also already developed and public. It is also impressive how fast the innovation progresses. Through the collaboration of globally distributed individuals, it will soon be possible to make purchases online conveniently and completely anonymously. Already today, there is an unstoppable way for people to network and trade. So what happens if a controlling bureaucracy is established?

The planned economy of the Soviet Union demanded millions of lives and should be considered a warning against state intervention in the economy. Such a system, which allows and wants total control over the subjects, is usually abused. Initially, the argument that “who does nothing bad has nothing to hide” secures the legitimacy of the control system. But, after all, it is at the discretion of the government who they consider criminal.

If you want to do bad things, you always have the means – and you will not be stopped. Terrorist attacks can also be carried out with trucks – should they be banned? What about kitchen knives? The reality is that the state can not protect us from the evils of the world and any attempt will fail. Even if evil people want evil, a truck, a kitchen knife or a cryptocurrency are in themselves value-neutral. It depends on what people do with it. Is a world in which every smallest part of life, every transaction monitored, desirable?

A fight against cryptocurrencies can be carried out on many levels. Arguments like “terrorist financing” are social attacks. The technology itself can not be stopped, so you want to motivate people of their own free will not to deal with it. A similar example is found in the United States in the 1930s, when Franklin D. Roosevelt forbade the people to keep gold and denounce opponents as unpatriotic.

At the technological level, for example, there is the 51% attack, but this is very expensive for Bitcoin and the system really could not be stopped even then.

The fight against Bitcoin is just starting. Above all, it is run on an ideological level – “who Bitcoin et. al. used, has dirt on the plug “. Another approach is to ban trade and acceptance of cryptocurrencies. But even then the currencies still exist and even then people can access foreign services with technical means such as a VPN. It seems unlikely that ever-uniform regulation will be adopted, especially as smaller countries, such as Malta or Gibraltar, sense their opportunity for economic advancement.

The truth is that not every Bitcoin user is up to criminal schemes. Just as a kitchen knife is usually used for cutting vegetables and not for killing. That may happen, but the blame lies not in the nature of the kitchen knife, but in the plot of the murderer.

Like book printing, the Internet or smartphones, cryptocurrencies are an invention of humanity that changes lives forever. What is new territory for us today, will soon be standard. The next generation will not know a world without Bitcoin, just as the internet has become indispensable to us. The idea of ​​Satoshi Nakamoto of a direct, electronic payment system will mature and be able to bring life to a global economy. The “dirty” argument usually only sticks to those who have never used cryptocurrencies themselves.

Timothy C. May closes his crypto-anarchist manifesto with the words:

“Just as a seemingly insignificant invention such as the barbed wire made it possible to fence over sprawling land, forever changing the concept of land and property rights on the Western Front, so does the seemingly small discovery in an old arm of mathematics become a scissor to the Barbed wire to be intellectual property. “

Is it just a matter of time before May’s foreboding is an everyday reality? The decision to use cryptocurrencies or not is up to each person. Ultimately, the individual choice of the means of payment can lead to a peaceful revolution similar to India’s liberation by Mahatma Gandhi.