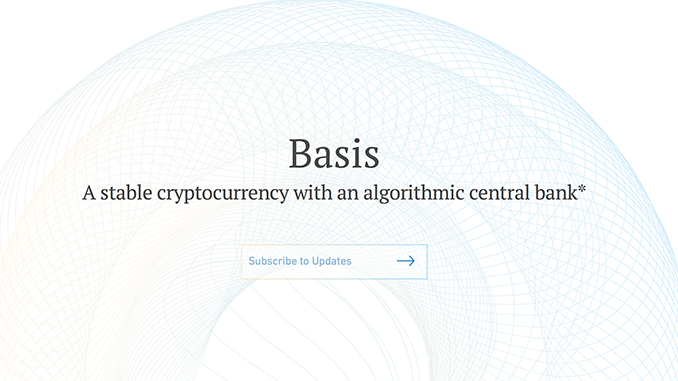 One of the biggest problems with using cryptocurrencies as a means of payment is volatility. For example, if someone were to receive their salary in cryptocurrencies, their purchasing power may decrease by 10% or more within a day, depending on how the price develops. Therefore, cryptocurrencies are not suitable for daily payments so far.

Again and again there are therefore attempts to create so-called stable coins. As the name implies, these are cryptocurrencies whose prices hardly fluctuate in comparison to the US dollar. The best known stable coin is tether. For each tether issued, the company deposits $ 1. Tether has been heavily criticized for months. Many critics doubt whether Tether really always deposits $ 1 for every tether spent. The company has been unable to issue an audit for months confirming the hedge of tethers by deposited US dollars. It would be easy to prove that, because somewhere there must be a bank account on which more than 2 billion US dollars are deposited, so as many US dollars as previously tethers were spent.

In addition to Tether, there were MakerDao and Havven as Stable Coin alternatives. But now a new stable coin is making a name for itself under the name Basis. The idea comes from 3 Princeton graduates and one of them Nader Al Naji, is now also CEO of the company. For their idea of ​​Basecoin, they have collected a whopping $ 133 million in venture capital. The “who’s who” of Silicon Valley has invested. Investors include Bain Capital Ventures, Google Ventures, Stanley Druckermiller, Kevin Warsh, Lightspeed, Foundation Capital, Andreessen Horowitz, Wing VC, NFX, Valor Capital, Zhenfund, INBlockchain, Ceyuan Ventures, Sky9 Capital and many more.

The idea at Basis is to keep the price stable due to the offer. So if a base coin is worth exactly $ 1, then more base will be spent if the price rises above $ 1. If the price falls below $ 1, the base is repurchased via bond tokens to tighten supply. With this approach, Basis can not only be tied to the US dollar, but also to any other currency that is traded. If you want to know more about it, read the white paper from Basis.

In any case, the team was able to enthuse such well-known investors with the idea. Due to the difficult regulations in many countries, it is often not possible to buy cryptocurrencies with your own currency (for example, India). Stable coins offer a way to get around that. Due to the uncertainty currently prevailing at Tether, it is quite possible that at least one more project will establish itself as Stablecoin.

The infamous former CEO of the now defunct bitcoin exchange Mt Gox, Mark Karpeles, is trying to start over with...