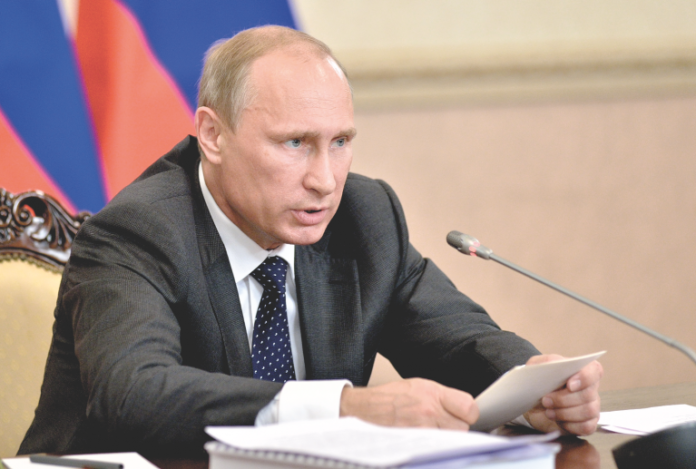 Russia’s President Vladimir Putin has instructed his country’s government to adopt federal laws relating to cryptocurrency by July this year. Russia has earlier broadened the definition of “digital financial assets” to include cryptocurrencies. Putin’s latest order resembles one he made regarding crypto regulation last year.

Putin has approved a list of instructions for 47 orders, according to a document posted on the Kremlin website on Wednesday. Among them is an order for the government to work with the State Duma, the lower house of parliament, to ensure adoption of “federal laws aimed at the development of the digital economy.” They include “determining the procedure for conducting civil law transactions in electronic form, as well as regulating digital financial assets and attracting financial resources using digital technologies,” the order details.

As news.Bitcoin.com previously reported, the original texts of the proposed regulation for cryptocurrencies have been extensively revised. While references to cryptocurrency, tokens, mining, and smart contracts in the bills have been removed, the legal definition of “digital financial assets” has been broadened to cover cryptocurrencies.

Putin’s latest order resembles one he made last year when he instructed the government to work with the central bank to “ensure that changes are made to the legislation of the Russian Federation” to determine the legal status of digital technologies including cryptocurrency, token, and smart contract. He put Medvedev and the central bank governor, Elvira Nabiullina, in charge of completing the task.

In May last year, three bills aimed at regulating cryptocurrencies were filed in the State Duma and were scheduled for adoption in July, as ordered by Putin. However, Russian lawmakers could not agree on the appropriate legal framework after the first reading in the spring.

The State Duma plans to review the bills again in March, Rambler news outlet reported last week, noting that Oleg Nikolayev, a member of the State Duma Committee on Economic Policy, confirmed that the discussion is at the final stage of development.

Medvedev said in January that there is no reason to bury cryptocurrencies. “As with any social phenomenon, any economic institute, there are both bright sides and dark sides,” he described. Earlier this month, the Russian Minister of Justice voiced his belief that cryptocurrencies do not need to be legally defined yet.

What do you think of Putin’s order? Do you think Russia will start regulating the crypto industry by July this year? Let us know in the comments section below.