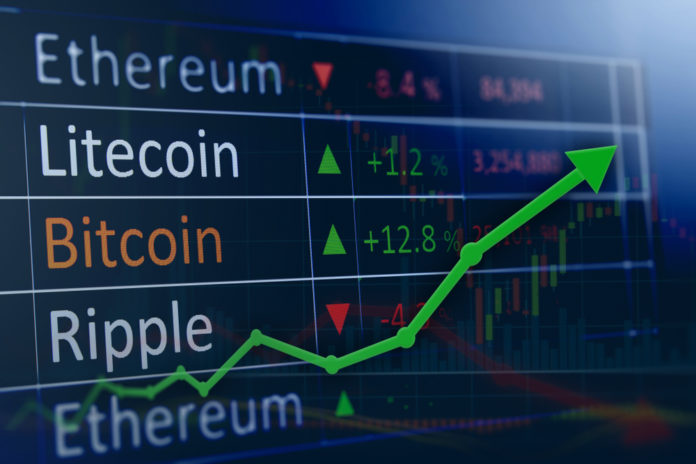 Not long ago, when Satoshi Nakamoto laid the foundations of biggest cryptocurrency in the world which went alive in 2009, it did not cross anyone’s mind that such a historic revolution among virtual currency was set to begin. Among more than 1600 cryptocurrencies listed today, Bitcoin holds 42.51% of total market cap of all cryptocurrencies valued at $115 billion. Currently Bitcoin Price is the highest among all.

Exactly which macroeconomic trend is making blockchain technology so eye catching to every other tech geek, investor and even general public at large, let’s figure it out!

Cryptocurrency has emerged as an instrument of financial marketplace because the opportunities for returns are much higher than equities market. Supply and demand is the driving force in determining the prices of crypto tokens. Several exchanges have been established to facilitate dealing in all cryptocurrencies. Opportunities for investment in cryptos by speculation has risen to an unimaginable level. Just after an approximate 1500% increase in the price of Bitcoin in 2017, and nearly skyrocketed Ethereum price witnessed a surge around 10000%, investment in cryptocurrencies was in anyone’s guess.

Not only this, Ethereum gives developers a means to raise funds for their own start up. For their new project, they can set up a contract and seek pledges from the community. The money that is raised will be held until the goal is reached or until an agreed upon date. The funds will be released back to the contributors if the goal is not met or go on to the project if it is successful.

They can also collect proposals from the people who backed your project and then hold votes on how you should proceed. The result is the savings of expense of a traditional structure, such as hiring managers and doing paperwork. Also, Ethereum protects your project from malicious activities, while its decentralized network means that you won’t face downtime.

Blockchain is not only limited to the development of virtual currencies, there are several blockchain based business services that are sure symbol of attraction to all business entities and individuals.

The Sia Storage Platform leverages underutilized hard drive capacity around the world to create a data storage marketplace that is more reliable and lower cost than traditional cloud storage providers. Being a decentralized network, it offers incomparable privacy, redundancy and affordability.

Winner of the race

Talk about the top 10 cryptocurrencies and you can have a readily available report on ranks of top cryptos. But is it really logical to rank all cryptos based on their prices: well the answer is a clear No. Blockchain has been evolved to serve several modern business needs. It is no mere a technology to create decentralized virtual currency. Rather it has witnessed several top-rated cryptocurrencies which serves the needs starting from a young investor in the form of new start-up, investing and raising the level to top business giants in the form of data storage and smart contracts.

So, several cryptos will be ranked as winner for specific users. But we can conclude one thing from above standpoints that this race is nowhere near to its end, rather it’s a mere start of the modern age of decentralized blockchain technology.