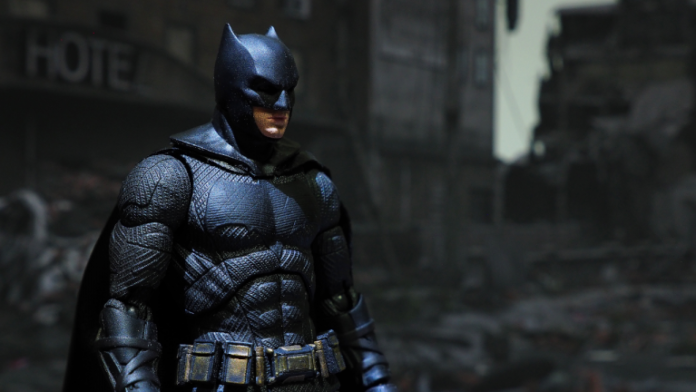 A five-piece collection of Batman digital art has sold for a combined 540.86 ether, or about $202,000, on Makersplace, a record price for non-fungible crypto artwork.

The rare artwork is a collection of animations or PNG files of the Dark Knight. It was created by DC comic artist José Delbo and Trevor Jones, a crypto artist.

The highest price was for Genesis, a “striking pencil sketch and powerful inked work … [later] interpreted in oil on canvas,” which sold for 302.5 ethereum (ETH), or about $113,000, at current exchange rates.

According to a description of the high-value artwork on NFT marketplace Makersplace, “eventually, the figure emerges and as it does, our hero comes to life, looking directly at the viewer,” it says.

“But is he grimacing in approval or disgust? We will never know for sure as just before he can say anything, white paint is brushed across the canvas entirely and the process begins again. Only the bat is quick enough to escape.”

Mysterious collector Maxstealth beat competition from the likes of “Phillector” and “Museum of Crypto” to land the Genesis.

Maxstealth, who boasts a range of artworks in his NFT collection, had already spent more than $55,000 on another Batman piece titled “Who is the Creator 2.” The private collector was the biggest spender in the Oct. 17 auction.

Batman is a popular fictional superhero appearing in American comic books published by DC Comics. The character was created by artist Bob Kane and writer Bill Finger, and first appeared in Detective Comics in 1939, according to the know-it-all online encyclopedia Wikipedia.

The current record for non-fungible-token digital art is held by Matt Kane’s “Right Place & Right Time,” a piece that changes every day with the bitcoin price volatility, which sold for 262 ETH or $101,100 in September.

Worldwide, more than $131 million worth of NFTs have been sold in the last few years, according to data from nonfungible.com.

What do you think about the Batman digital art record sales? Share your thoughts in the comments section below.

Before the advent of yield farming, users used to stake individually with every protocol and learn about various projects. With...