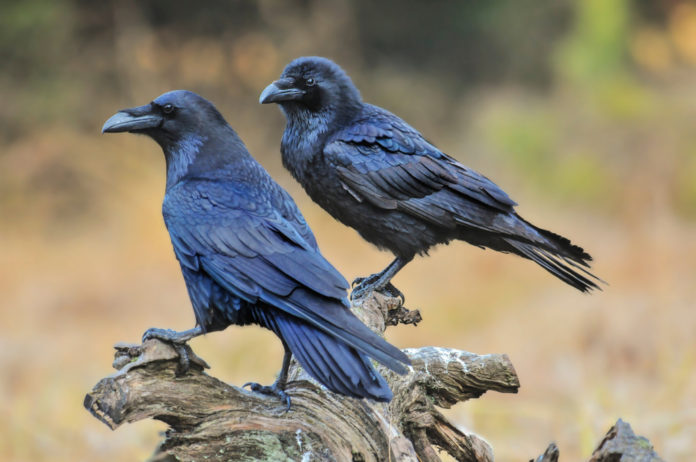 Bitcoin Fork Ravencoin has grown over 200 percent in the last seven days. One of many shitcoins or the next big thing? Time to look under the wings of the “Rabenmünze”.

Ravencoin, a fork of Bitcoin, is a relatively young token; he romps since January 3, 2018 under the cryptocurrencies. But in the last seven days, the Coin attracted attention, rising by a good 220 percent, during the month even more than 270 percent. The name, freely translated as a raven coin, is borrowed from the fictitious world of Game of Thrones. How to read on the homepage:

To achieve this, the Ravencoin Blockchain is designed to fulfill special purposes. On the one hand, it should help to determine ownership of assets properly. On the other hand, Ravencoin, like Bitcoin, wants to make direct payments possible. As the open-source project emphasizes on the homepage, it is completely decentralized: Neither master-nodes and above all no ICO is behind the project.

The community has changed the Bitcoin protocol into four main aspects:

With the modified mining algorithm X16R, the team wants to counter the increasing centralization of mining by ASIC miners. As you can see from the X16R white paper, X16R is based on the same algorithms as X15 and SHA512, but with a different order. While this does not prevent ASIC-Miner, it makes CPU and GPU mining more likely.

Furthermore, the entire mining process is built on Bitcoin – instead of pre-mining as with many ICOs, there is a Genesis block that exists in the first place, after which everyone can theoretically mine the Ravencoin.

Also, there is a Halving at Ravencoin – this takes all 2,100,000 blocks instead – the reward then halves from 5,000 to 2,500 Ravencoins, which will happen in about four years for the first time.

If you want to get started, you can create a paper wallet here and look for mining pools here.

Right now the project is in phase 2. After a successful launch phase, the Ravencoin community is in the process of implementing ways to transfer assets or ownership rights to it. In later phases, Ravencoin also plans to make news broadcasting and elections possible. The entire roadmap can be read in the Github account.

To speak about the new Bitcoin at Ravencoin is certainly too early. Still, the project is more than just one of the many shitcoins that grab attention for a moment and then disappear again. All in all, Ravencoin is a project that convinces above all by its decentralization and strong orientation towards Bitcoin. Neither is a team / ICO behind the project, nor is so far a centralization of the mining possible, as it leads at Bitcoin again and again to riots.

Currently, the price for a Ravencoin is just under $ 0.06. Within the last 24 hours, he was able to gain 55 percent, in the 7-day course almost 200 percent. Within the last month, Bitcoin Fork has risen by a whopping 275 percent and is currently performing best.