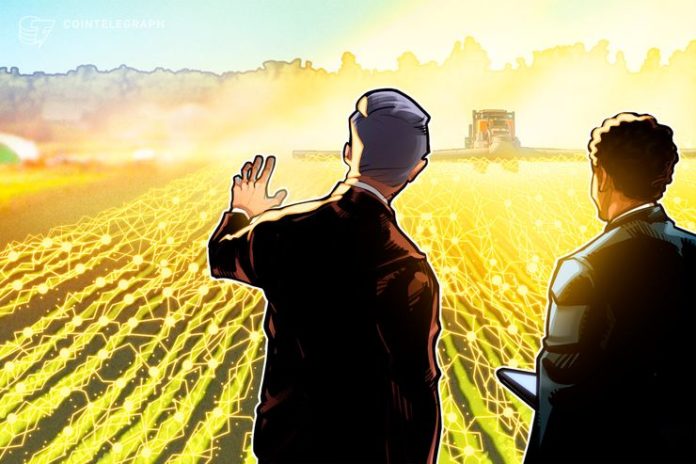 Agriculture and food supply chains will get investment worth over $400 million over the next five years directly from blockchain, according to a new report.

Authored by Reportlinker, a report released this week “Blockchain: Agriculture Market Forecast until 2023” foresees the sector growing from its current worth of $60.8 million to $429.7 million at a compound annual growth rate of 47.8 percent.

“Blockchain technology is revolutionizing the food and agriculture sectors by enhancing the decision-making capabilities of organizations,” a summary press release reads.

“The blockchain market is expected to grow, owing to the increase in the demand for supply chain transparency along the agriculture and food verticals.”

As Cointelegraph reported numerous times, major food giants across the world are experimenting with blockchain solutions to address a range of inefficiencies.

The latest participants came in the form of Dairy Farmers of America’s food supply chain and Dutch supermarket chain Albert Heijn, which is using the technology specifically to track orange juice production.

More widely, the report meanwhile continues, blockchain can help combat emerging difficulties in the industry such as so-called “food fraud.”

“This has resulted in an increased awareness among consumers, which is further expected to drive the growth of the blockchain in agriculture and food supply chain market.”

In July, Cointelegraph reported on the impact of blockchain in the telecoms industry, set to deliver almost $1 billion of value within the same five-year period to 2023.