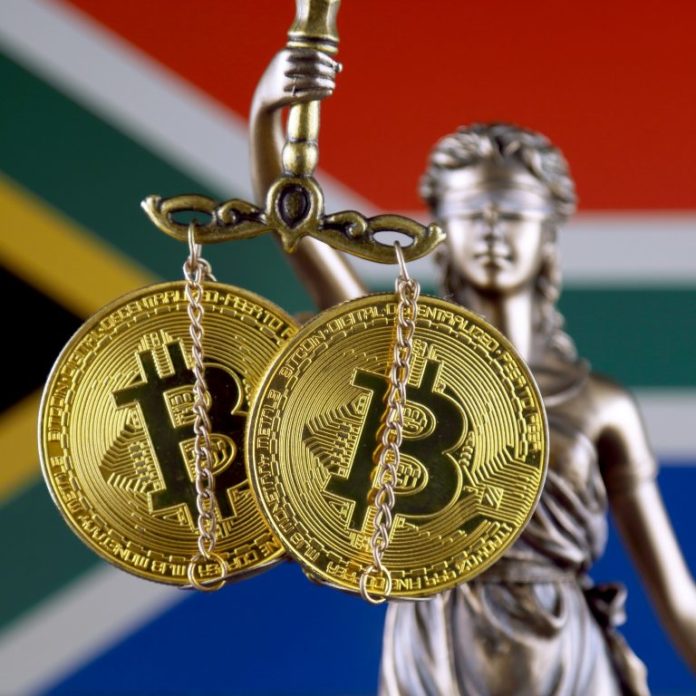 South Africa is the most cryptocurrency-friendly country in Africa, according to the 2018 World Payments Report by French banking group BNB Paribas and IT company Capgemini. Compared to other major economies on the continent, South Africa has allowed digital currency-based payments, trades and investments to flourish almost unhindered.

The report, released Oct.17, concluded that digital payments, including cryptocurrencies like bitcoin, have grown sharply all around the world, and “are experiencing a boom, driven by developing markets”, including Africa. Ghana and Kenya, the 11th and 9th biggest economies in Africa, respectively, are still in the consultation phase. Nigeria, the continent’s biggest economy, with a GDP of $376 billion, is opposed to virtual currency, officials have said. The central banks of Kenya and Nigeria have both likened cryptocurrencies to a “pyramid scheme.”

“The central bank of Nigeria has also imposed a complete ban on bitcoin and the likes, while Brazil also has banned cryptocurrency,” said the report, which detailed that global cashless transactions rose 10.1 percent to 482.6 billion at the end of 2016. Non-cash transactions include checks, debit cards, credit card payments, credit transfers and direct debit transactions.

Africa has steadily accelerated the switch to modern technologies. Cellphone-based payments have expanded particularly fast in countries like Kenya, Uganda and Zimbabwe. But it is South Africa, the continent’s most sophisticated economy, that leads the pack where cryptocurrency regulation, adoption and development is concerned.

The economy is home to a number of bitcoin ATMs and digital currency exchanges – including Luno, which has two million customers throughout the world – allowing people to buy and sell digital coins in the local fiat currency, rand. Domestic financial companies, including banks, are starting to step into the space. On Monday, Standard Bank said it is looking to establish a number of events to help explain the benefits and risks of cryptocurrency and the blockchain. This is all thanks to the open-mindedness of the South African Reserve Bank (SARB). Although the regulator does not recognize cryptocurrency as legal tender, it has not prevented trade in such. In April, the bank announced plans to create guidelines for cryptocurrency markets in the country. SARB has also tested an inter-bank settlement system code named Project Kohka, which runs on the Ethereum blockchain, aiming to speed up payments.

Meanwhile, the World Payments Report – based on data from the World Bank, the Bank for International Settlements and the European Central Bank’s statistical database – showed that developing markets are at the forefront of a global boom in digital payments, with Russia (annual growth of 36.5 percent), India (33.2 percent) and China (25.8 percent) as notable movers in the 2015-16 period.

Mature markets maintained steady growth of more than 7 percent in the period under review. Developing markets are seen growing 21.6 percent, led by Asia at 28.8 percent over the next five years. By 2021, developing markets are expected to account for around half of all non-cash transactions worldwide, overtaking the mature markets for the first time, whose current share stands at 66.3 percent.

Anirban Bose, CEO of Capgemini’s Financial Services, said it is critical for banks to find ways to tap into cryptocurrencies and other non-cash payment methods if they are to remain relevant. “With their significant market share in the payments industry and implementation of new technologies, banks are in a unique position to shape the marketplace. They can also create new revenue streams through innovative, collaborative relationships with fintechs and active participation by the broader financial services community,” Bose said in a separate press release.

This probably emanates from the fact that digital transactions from financial institutions and mobile money can be more easily traced than cash, hence can allow law enforcement agents to investigate and prosecute the suspicious transactions. The WPR report also noted that the more payments are shifted to cashless instruments, the more likely that huge cash transactions can be “flagged and investigated, reducing the possible means of accepting illicit or fraudulent payments.”

“Governments should create the necessary supply-side push for such transactions by creating the supporting infrastructure, bringing positive change with regulations, and promoting non-cash transations to create a conducive environment for digital transactions to grow,” the report warned.

What do you think about the cryptocurrency landscape in Africa? Let us know what you think in the comments section below.