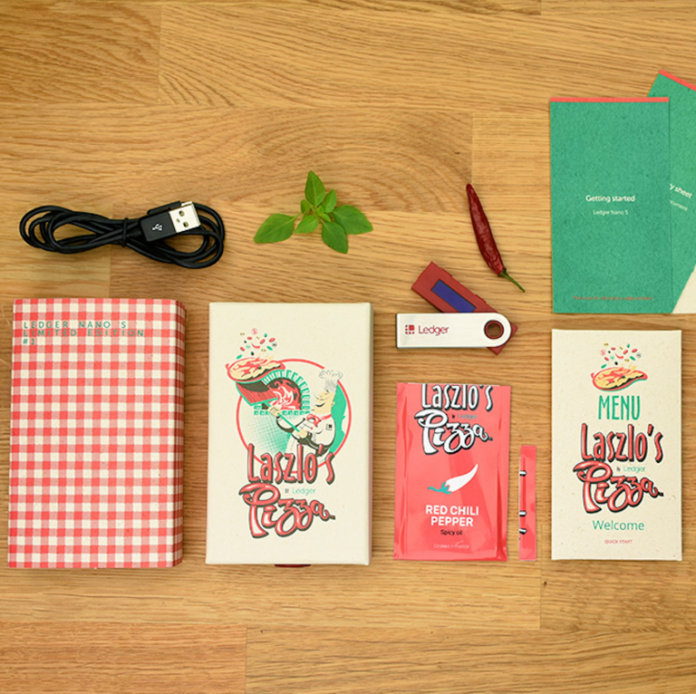 With over one million units sold, the Nano S is the world’s most popular hardware wallet. A combination of first mover advantage – until recently Ledger had only really had Trezor to compete with – coupled with excellent security and usability have made the Nano S ubiquitous. This week, news.Bitcoin.com took delivery of a brand new Nano S and put it to the test.

Also read: A Hands-On Review of the Keepkey Hardware Wallet

When it comes to judging hardware wallets, there’s no such thing as “best”: everyone has their preferences, and provided the wallet they’ve chosen does the job with the minimum of fuss, it’s likely to become a favorite. Despite the fact that most hardware wallets are little more than glorified USB sticks, cryptocurrency users reserve unusual affection for them. In a digital space, they’re one of the few physical manifestations of the assets we own. After covering the new limited edition Nano S while writing about Pizza Day recently, I FOMO’d into buying one. The “Laszlo’s Pizza” edition is just a regular Nano S in a prettier box, but symbolically it serves as a reminder of how far bitcoin’s come, and of the early adopters who gave BTC the utility that led us to where we are today. Just 1,337 units of the device were released, and I took delivery of mine on Wednesday. Like all Nanos, it comes bearing Ledger’s faux wax tamper-proof seal, reminiscent of the sort of seal that once adorned the king’s letters. As skeuomorphisms go, this one’s pretty neat.

What’s in the Box?

Inside the fetching pizza box, the device itself comes tucked into the “sachet” of red chilli pepper oil, and is finished in a fitting pizza base red. In every other respect, this is just a regular Nano S. News.Bitcoin.com last reviewed one of the devices in 2016, and a lot has changed under the hood since then. Two years ago, BTC, ETH, and ETC were the main currencies it stored; today that list has grown to over 30 cryptos including BCH, ZEC, and ZEN. It also takes ERC20 tokens, which can be managed with the aid of Myetherwallet.

Initializing the device is as simple as plugging in the USB cable (to a thunderbolt port adapter in the case of my Macbook Pro) and then pressing the two buttons to begin. Despite the tiny OLED screen, the text prompts are very easy to read. Ledger’s Get Started page guides users through the setup process. There’s the option to set a PIN code of up to eight digits, but you can settle for less if you’d prefer. Next, you’ll be prompted to write down your recovery phrase.

The 24 Most Precious Words in the World

Most wallet recovery phrases are 12 words long; Ledger’s is 24, displayed one word at a time on the tiny screen. I jot down the miniature essay and am then prompted to confirm it, one word at a time, by selecting from the various words displayed on screen. Each word in the sequence comes with a dozen possibilities to cycle through, so the whole process takes forever to complete. From a security perspective, this is understandable. From a user perspective, it’s a little frustrating, the equivalent of web forms that prompt you to enter your email address twice because they don’t trust you to type it correctly the first time.

Once done, I head over to Ledger’s Apps page and select the Chrome app titled “Bitcoin & Altcoins”. There are separate ones for ethereum and ripple. I install the Chrome app and that’s where I draw a blank. In theory I should just connect and unlock the device to open the wallet management software on my laptop. Nothing happens though, and it’s the same when  I try the Ledger Ethereum Chrome app. There’s nothing in Ledger’s instructions to explain what should happen next, but after playing around for a while I work out that I need to first install the Ledger Manager app. It’d be helpful if Ledger added this step to their setup guide.

The Spinning Wheel of Death

Via the Ledger Manager, I click to install the BCH app, but it fails to load and I’m met with the spinning wheel of death. Then the software stops even recognizing the wallet altogether. As with Keepkey, the Ledger S is proving a hassle to set up, exacerbated by the difficulty of finding apps you’ve installed in Chrome. That’s due to the poor design of Chrome, which hides apps and extensions away beneath submenus so that retrieving them takes ages. In the end, the only way I can retrieve the Ledger Manager app is by clicking back onto the Ledger site, following the link to the Chrome webstore and then searching for and clicking to launch Ledger Manager app. It shouldn’t have to be this way.

When I finally succeed in launching the Ledger Manager app, it still won’t recognize my Nano S as being connected. I disconnect and reconnect it but still nothing. For the purposes of brevity, I’ll skip the next hour of my life. Suffice to say it involves switching between laptops, Chrome apps, Ledger webpages and various other pop-up windows in a quest to get the wallet working. I eventually manage to install the BCH wallet and send over $10 from my Bitcoin.com wallet. It arrives almost instantly, but then the Nano S stops connecting again and I lose interest.

I know I’m meant to advocate that everyone should store their crypto in a wallet they hold the keys to and keep the bulk of their portfolio off centralized exchanges. And I know that the setup experience for most Ledger users was probably a lot smoother than mine. If I’m to be honest though, I intend to lob the Nano S in a drawer and never use it again. It simply wasn’t worth the hassle.

At €140, my limited edition Nano S might just be the most expensive pizza box bought with BTC since Laszlo Hanyecz.

What’s your favorite hardware wallet and why? Let us know in the comments section below.

Images courtesy of Shutterstock, and Ledger.