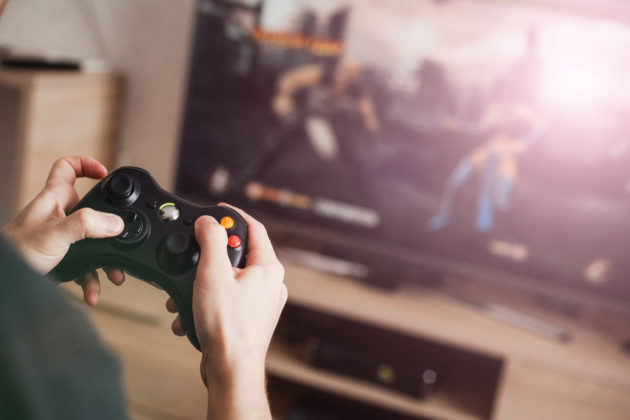 Ripple partner Forte announced that it had teamed up with five game developers to leverage its blockchain platform for mobile and PC games.

Forte Partners with Makers of Power Rangers: Battle for the Grid, Smite
Forte, a blockchain platform provider and a partner of Ripple, announced that it had reached agreements with five game developers to create blockchain-based games. Forte’s new partners are Hi-Rez Studio, Magmic, Netmarble, nWay, and DECA Games.
The five companies are pretty well-established. For instance, Hi-Rez Studios is maker of Smite, Netmarble created Marble Future Fight, nWay is known for Power Rangers: Battle for the Grid, while Magmic is behind card games like Simple Spades.
Previously, Forte joined forces with other game developers, including Other Ocean, Disruptor Beam, and Kongregate.
Last year, Forte and Ripple launched a $100 million fund to invest in developers that create games based on blockchain.
The recent partnership will see the five developers adopting Forte’s blockchain platform for various games. The technology can be used to authenticate rewards and digital items like virtual goods or game characters.
Forte’s VP of Marketing Kaiser Hwang told Forbes that gaming represents an ideal use case for the distributed ledger technology (DLT).
Games today already involve millions of players participating both in a community and an economy. Blockchain technology allows developers to safely and securely provide players a way to own in-game assets, trade with each other, and even earn income through playing with each other. The technology offers ways to address many economic issues found in the games industry today by unlocking more equitable and sustainable business models.
What’s In It For Ripple?
The Ripple community was somewhat surprised last year when it found out that the company led by Brad Garlinghouse would deal with Forte. Ripple is usually focused on banking partnerships. Nevertheless, the two announced the $100 million fund to invest in game developers.
While Forte representatives said that it couldn’t speak on behalf of Ripple, they admitted that the latter is confident about the future of blockchain in the gaming industry.
Hwang stated:
Ripple is a close and valued partner of ours. While we operate separately and can’t speak directly for them, we both believe in a future for games that is open and interoperable. That’s why we’re leveraging open source protocols like Interledger, which seamlessly facilitates cross-chain transactions, in our platform. This directly benefits game developers by letting them focus on creating great experiences instead of worrying about a particular technology or the need to become an expert in blockchain.
What do you think about Forte’s deal with Ripple? Share your thoughts in the comments section!

During the last few days, members of the U.S. Congress have been trying to pen a stimulus plan to help...