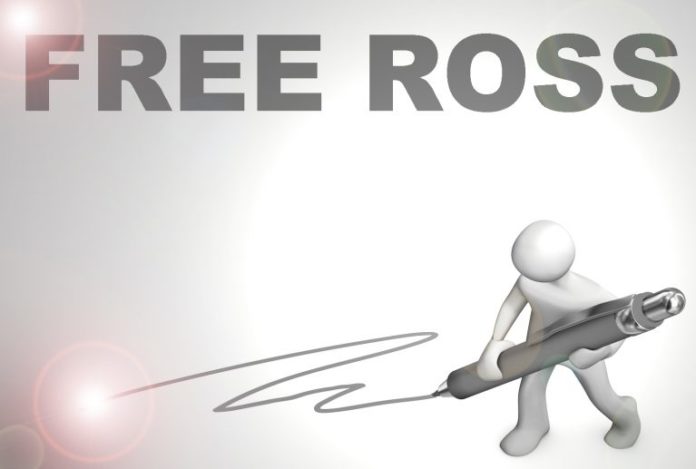 On Friday, the Clemency for Ross Ulbricht petition hosted on Change.org surpassed 250,000 signatures. The solicitation for signatures started in July 2018 and gathered roughly 6,200 signatures during the first three days. Now with a quarter of a million signatures asking U.S. President Donald Trump to commute Ulbricht’s sentence, the message clearly shows how people have continued to fight for his freedom and hope one day Ross will be a free man.

A Petition for Ross Ulbricht’s Clemency

Ross Ulbricht is serving two life sentences in prison, plus 40 years, for a website he designed when he was 26. Not to mention, there’s lots of evidence pointing to the fact that Ulbricht gave up leading the Silk Road marketplace well before he was arrested. Also, law enforcement’s investigations into the Silk Road (SR) and Ross Ulbricht are tainted and riddled with unconstitutional issues and two federal agents who went rogue. These agents had “keys to the kingdom,” which included access to high-level SR administrators’ accounts, access to passwords and PINs, the ability to commandeer accounts including the Dread Pirate Roberts (DPR), and many other types of unwarranted access.

“[These] two corrupt federal agents (now in prison) had unfettered access to the Silk Road site, with the ability to do all kinds of mischief, including tamper with material that was later used in evidence,” Ross’s mother Lyn Ulbricht told news.Bitcoin.com in 2016. Then after years of fighting in the higher courts and after being denied a post-conviction relief extension in February 2018, the family and Freeross.org initiated a Change.org petition for Ulbricht’s clemency. “My son, Ross Ulbricht, is serving a double life sentence plus 40 years, without the possibility of parole, for a website he made when he was 26 years old and passionate about free markets and privacy. Ross, an Eagle Scout, scientist, and peaceful entrepreneur had all non-violent charges and no criminal history,” the petition says. The Clemency for Ross Ulbricht petition further adds:

He was never prosecuted for causing harm or bodily injury and no victim was named at trial. This is a sentence that shocks the conscience. There is a growing consensus that Ross’s case is a miscarriage of justice and over 100 eminent organizations and individuals have voiced their support.

Just before the petition gathered 250,000 signatures on Change.org, venture capitalist Tim Draper discussed Ross Ulbricht’s sentence on the Crypto Finder video podcast with Fred Schebesta. “Free Ross, baby,” Draper said on the broadcast. “Get him out. We need entrepreneurs like that guy. Get him out of jail. Why do we put these really extraordinary people in jail? We need their minds, their energy, their life force. Get him free. Who knows what else he could’ve come up with?” Draper remarked further:

I get that he’s got to be an example, and he stepped over the line, but he’s been in jail for a while. Get him out. I cry when my cat goes into a cage, it tears my heart out when these prisoners go into cages.

The 250,000 signature petition is quite a milestone for the Clemency for Ross Ulbricht movement. A quarter of a million signatures is a lot compared to most petitions on Change.org. According to statistics, the average Change.org local petition usually only garners 2,000 signatures. On the national level, top petitions typically earn 12,700 signatures. Only really high-profile petitions have done what the Clemency for Ross Ulbricht petition has gathered so far support wise. There are not many people who believe Ulbricht’s double-life sentence was justified and at the rate it’s headed the Free Ross petition could easily gather a million signatures.

Utilizing stranded gas to power bitcoin mining rigs at oil and gas wells is a promising business opportunity. It is...