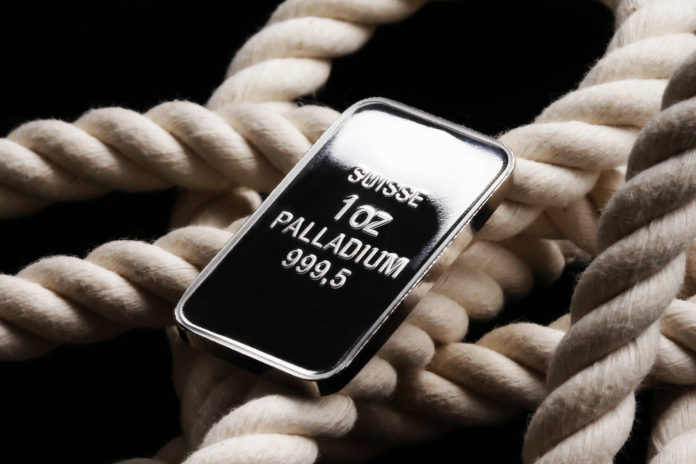 Russia’s “richest man,” metal magnate Vladimir Potanin, explained in an interview his plans for the tokenization of the precious metal palladium. In addition to other crypto projects, the entrepreneur wants to produce tokens from a Swiss fund. He does not exclude the expansion of activities to other metals.

Vladimir Potanin is the head of MMC Norilsk PJSC, the world’s largest producer of palladium. As the head of the mega-concern, Potanin is multi-billionaire and ranks number 60 in the richest people in the world, with an estimated $ 15.4 billion in assets.

Potanin said in an interview with Bloomberg in Moscow on March 27 that he plans to launch several crypto platforms by the end of 2019. Among other things, he aims to establish the trade in palladium via tokens. Among other things, the oligarch talks with Swiss authorities, which is about the issue of tokens from his local palladium fund.

The tokenization of metals

At the same time, Potanin can well imagine extending the concept to other metals as well. After all, his company is also actively involved in the business with copper and nickel.

“People more and more tend to use decentralized networks and platforms that don’t have a main operator,” he said. “We want to be active participants of this process,” as trading in digital tokens has many advantages, he said.

The trend towards tokenization of many goods continues and reaches the top of globally operating industrial companies. For example, overstock subsidiary tZero is also working on the tokenization of precious metals and rare earths.

Whether copper or cobalt – the increasing tokenization of our environment brings many benefits, but must also be viewed with a healthy skepticism. The all-embracing applicability and acceleration of financialisation processes goes far into the daily lives of citizens.